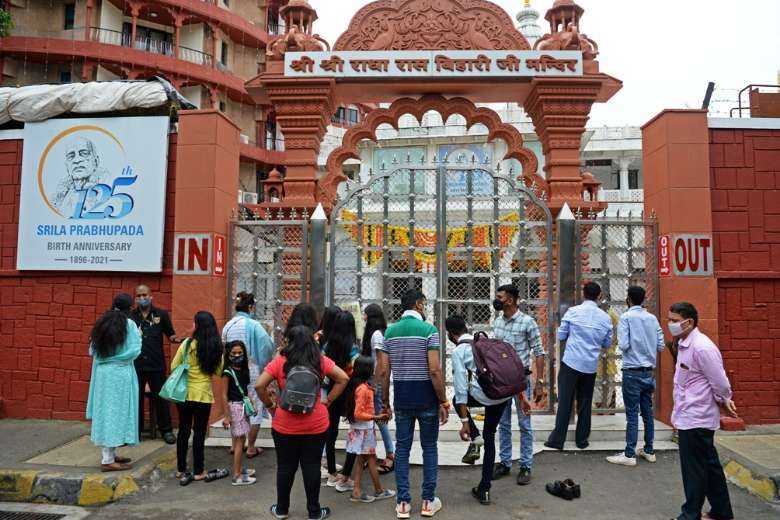 India’s Supreme Court has ruled that the presiding deity of a temple is a legal entity and thus the owner of the land attached to it. The priest assigned to offer prayers and manage the land cannot be treated as the owner of the temple land, it said.

“In the ownership column, the name of the deity alone is required to be mentioned as the deity, being a juristic person, is the owner of the land,” the top court said in a landmark judgment on Sept. 6.

A division bench of Justice Hemant Gupta and Justice A.S. Bopanna further observed that the occupation of the land is also by the deity, which is carried out by the servant or the managers on behalf of the deity. “Therefore, the name of the manager or that of the priest is not required to be mentioned in the column of occupier as well.”

The court also refused to name government officials assigned to oversee or manage a temple as owners. “We find that the name of the collector [an officer in charge of a district] as manager cannot be recorded in respect of property vested in the deity as the collector cannot be a manager of all temples unless it is a temple vested with the state.”

The judgment was passed while upholding the decision of the central Indian state of Madhya Pradesh to delete the names of priests from the revenue records of temple properties. The official circulars issued by the state government in this regard were earlier disallowed by the high court of the state.

In its appeal to the country’s top court, the state government said it wanted to protect temple properties from unauthorized sale by priests or managers. Temple priests contended that their ownership rights cannot be taken away by the government.

The judgment from the top court will have a far-reaching impact as it specifically says: “The pujari [temple priest] is only a grantee to manage the property of the deity and such grant can be reassumed if the pujari fails to do the task assigned to him, i.e., to offer prayers and manage the land. He cannot be thus treated as a bhumiswami [landowner].”

However, the judges sought to make a clear distinction between a “private” and a “public” temple, clarifying that the ownership of the deity would not apply to temples inside houses or private spaces.

“A temple in a house or which is not open to the public cannot be treated as a public temple,” the Supreme Court ruled.

Some church leaders wondered if the top court order will have an impact on the ownership of church land and others properties of Christian communities.

Father Thomas Panackal, in charge of Bhopal Archdiocese's properties, said any apprehensions in this regard were unwarranted. “Catholic Church properties in India are not in the name of any individual but are registered in the name of respective dioceses,” he told UCA News on Sept. 8.

Father Panackal said church properties are governed by institutional rules and there is little scope for any misuse by individuals.