Authorities in Kerala have announced a plan to phase out liquor sales within 10 years. The move has been welcomed by Church leaders.

Chandy said liquor outlets will be reduced by 10 percent each year, eliminating sales entirely within 10 years. Beginning next year, bar licenses will be issued only to five-star hotels, while many of the state's 720 bars and restaurants will not have their licenses renewed.

"We are hoping to implement total prohibition in a phased manner," Chandy told ucanews.com.

Kerala has India's highest annual per capita alcohol consumption, with annual sales reaching US$ 415 million. In announcing the ban, state officials said that alcohol abuse was becoming a widespread problem in the state.

The president of the Indian bishops' conference, Cardinal Baselios Cleemis (Isaac) Thottunkal, congratulated Chandy for "his bold steps toward making the state liquor-free".

Cardinal Thottunkal, head of the Syro-Malankara Catholic Church, met the chief minister soon after the decision was announced, to hand him a US$1,600 check for a new fund created to assist workers employed in the state's liquor stores.

The cardinal said Church leaders have been requesting a ban on alcohol sales for several years.

"Now the government in its wisdom has taken a proactive decision to save Kerala. It's a historic decision and we welcome it," Cardinal Thottunkal told ucanews.com.

Archbishop Maria Callist Soosa Pakiam of Trivandrum, who was at the forefront of an anti-liquor campaign, told ucanews.com the ban will bring "great relief for millions of families who suffer due to alcoholism". 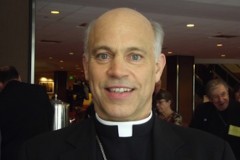 What is the Catholic Church's stance on drinking alcohol? "If the government wants to implement total prohibition why is it opening bars in five-star hotels?" Achuthanandan asked ucanews.com.

Tourism officials complained the ban will have a negative affect on the tourism sector.