The Bishnoi sect, established in the 15th century by Guru Jambheshwar, believes in the sanctity of all life 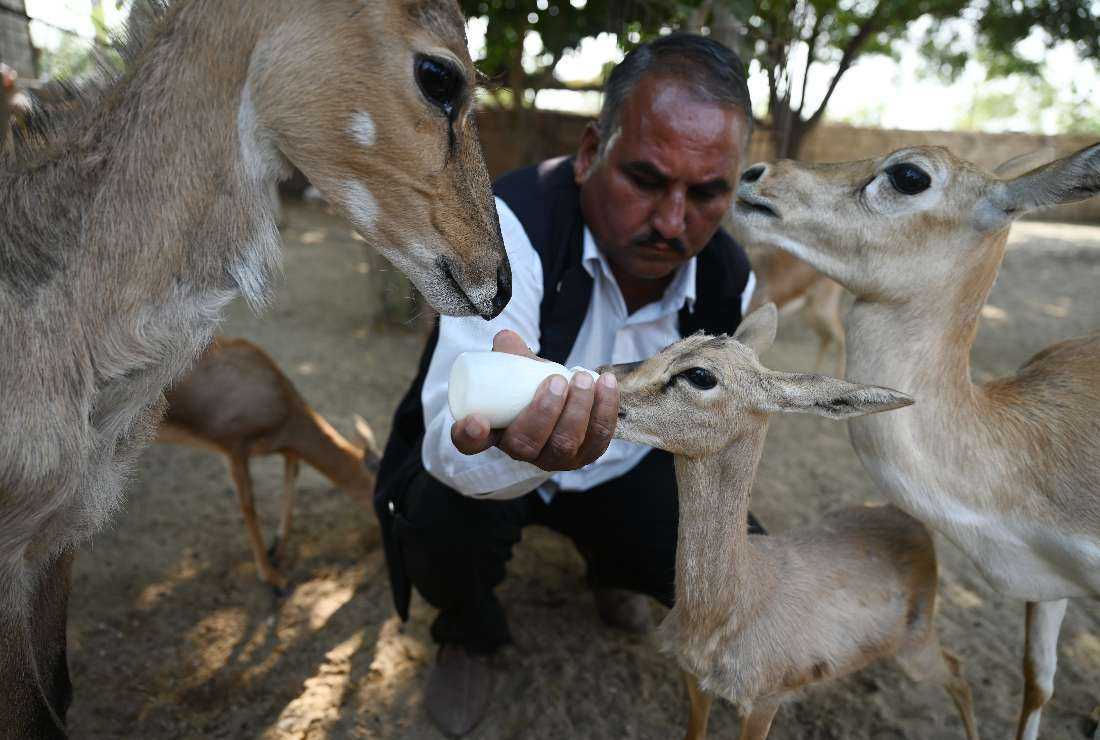 In this photograph taken on Nov. 15, Ghevar Ram, a member of the Bishnoi community, bottle feeds milk to a fawn at an animal rescue center in Khejarli village, some 30 kms from Jodhpur in the northern Indian state of Rajasthan. (Photo: AFP)

Surrounded by deer and antelopes, Ghevar Ram caressed an injured fawn at a rescue center run by India's Bishnoi community, who have been fighting to protect the environment for more than 500 years.

Ram, a member of the Hindu sect, has devoted his life to animals, bringing those in distress to the center and taking care of them until they are fit enough to be released back into the wild.

"I treat animals like my own children. This is what we are taught since our childhood," Ram, 45, told AFP as he bottle-fed the fawn ahead of the UN Biodiversity Conference in Montreal next week.

The Bishnois are India's original eco-warriors, willing to sacrifice themselves to protect animals and trees.

The sect, established in the 15th century by Guru Jambheshwar and which now claims about 1.5 million members, believes in the sanctity of all life, shunning meat and avoiding felling living trees.

Spread mostly in hamlets across Rajasthan, the community draws inspiration from Amrita Devi, a Bishnoi woman killed in 1730 while trying to protect a khejari -- now the state tree.

According to legend, a local king in the desert state sent his men to cut wood to fuel cement lime kilns to build his palace.

Devi rushed out of her home in a Bishnoi village to block them, clasping a tree trunk to protect it.

"Despite her pleas, the men did not stop. She then hugged a tree, but the king's men showed no mercy and chopped down the tree along with her head," said Sukhdev Godara, a retired schoolteacher, his eyes glistening with emotion.

Her last words were recorded as: "A chopped head is cheaper than a felled tree."

Other Bishnoi villagers -- beginning with Devi's three daughters -- followed suit, hugging the trees as they were decapitated.

In all, 363 Bishnoi men, women, and children were killed, their sacrifice now commemorated with a monument in the village inscribed with each of their names and topped with a statue of Amrita Devi.

'In harmony with nature'

The martyr is now a hero for the likes of Sita Devi, who fuels her cooking fire with cow dung cakes rather than firewood to feed her strictly vegetarian family.

A mother of seven, she also once breastfed an orphaned antelope fawn.

"I was working in the fields when I saw a fawn being attacked by feral dogs. I rescued the fawn and brought it home," she said, dressed in a traditional long pink skirt and sparkling gold jewelry.

"I fed the fawn my own milk, and once he regained strength, I released it in the wild," she recalled with pride.

Although a subsect of Hinduism, the Bishnoi do not cremate their dead because that would mean cutting down trees to fuel the fire.

"Our guru taught us to bury our dead instead," said schoolteacher Godara.

Bishnoi men are mostly farmers and patrol the land to make sure no animal is harmed or hunted down.

The community followed the case assiduously for 20 years until Khan was sentenced to five years in jail by a local court for violating the Wildlife Protection Act.

The penalty was later suspended on appeal, but not before Khan had spent several days in prison.

"We file police complaints and pursue cases till the guilty are punished," Bhawad told AFP.

In a world fighting the insidious effects of climate change, he said, "we should plant more and more trees.

"We should live in harmony with nature and be kind towards all living beings." 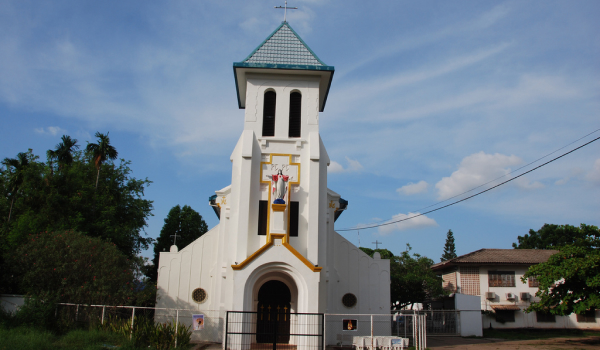