An elderly Indian man rests on a charpoy bed on an hot summer day near the Yamuna River in New Delhi on May 28. India's elderly are increasingly facing neglect and physical or verbal abuse, according to a survey. (Photo by Noemi Cassanelli/AFP)

Widower Shahzada Bano sobs as she recounts how her son, whom she raised with her hard-earned money, turned against her a decade ago.

"Merely six months after the marriage of my son, my importance in the house was of nothing but an aged and rotten skull bundled in a corner," says Bano from India's northern state of Uttar Pradesh.

"My son and daughter-in-law began to openly abuse me whenever I would raise an objection to any of their wrongdoing."

She was virtually caged in a room for two years before she decided to leave the house and live with the children of her younger brother.

She "left everything there … and my son hasn't come a single time to enquire who incurs the cost of my living."

Bano's story is all too common. Indians are becoming increasingly hostile to their elderly people, with one in four seniors facing neglect and verbal or physical abuse.

A study conducted by HelpAge India found that 25 percent of Indians above 60 years of age experience some form of abuse.

The study revealed that most abusers are sons (52 percent) and daughters-in-law (34 percent) and abuse happens equally across both genders, said the study published recently.

Most victims did not report the abuse because they wanted to maintain the confidentiality of a family matter, while others did not know how to deal with the issue.

The study covered 5,014 elders across 23 cities. The most common forms of abuse were disrespect (56 percent), verbal abuse (49 percent) and neglect (33 percent). 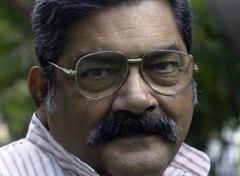 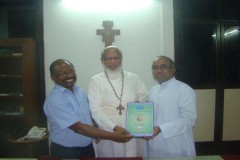 Most seniors (60 percent) agreed that quality time spent with their children and grandchildren had decreased with the increased use of mobile phones or computers. At least 65 percent said extreme attention is given to devices and they considered it disrespectful.

"The situation is much more alarming in cities," says Mathew Cherian, chief executive of HelpAge India.

"The amount of disrespect to elders in all cities is increasing drastically and this is what we call age discrimination. There are 63 percent of elderly who aren't working and are dependent on their children. This is where the abuse begins."

Mushtahsin Ahmad, a lawyer in New Delhi, told ucanews.com that though there are laws meant to protect senior citizens, complaining against a son or daughter-in-law is still considered taboo in India.

"I have seen many cases when cases by the elderly were withdrawn because the accused was his son and the victims are usually persuaded by their relatives not to make the family issue public," he says.

Sourabh Gupta, a social activist from New Delhi, says the only remedy to stop abuse of the elderly is to provide state funding and social security so that the elderly are not entirely dependent on their children for their daily needs.

"India is a trillion-dollar economy and the population of people above the age of 60 is 104 million. It wouldn't be a herculean task for the 29 Indian states to ensure that elderly people aren't financially dependent on their children," Sourabh says.

The number of elderly persons is expected to grow to 173 million by 2026.

Rahul Wadhwani, a psychologist based in Jammu, told ucanews.com that the basic reason for the spike in abuse of the elderly is the country's technology boom.

"We have been hearing from our elders about how they were dependent on the elderly for suggestions and information. At present, there is no such thing. Children don't even seek any suggestions from their parents. Everything is on the internet and that has widened the gap between the two generations," says Rahul.

Manish Tripathi, a research scholar from the department of sociology at the University of Calcutta, told ucanews.com that social media and internet games have become the main mode of recreation for the younger generation and spending quality time with parents is becoming a thing of the past.

"The younger generation are in their own world and care less about the hardships their parents and grandparents are witnessing. This trend will take the shape of a veritable inferno in the country and its glimpses can be found even now," he says.