Many analysts believe India reached 500,000 deaths last year when it was hit by a devastating spike of Delta variant cases 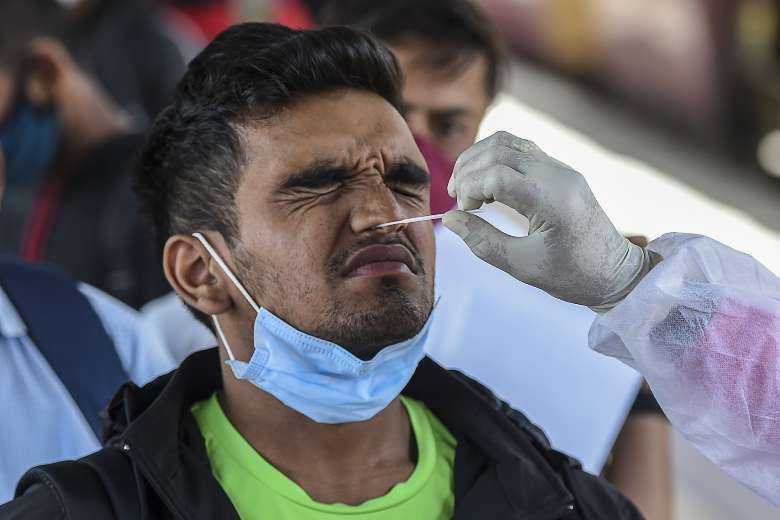 An Indian health worker wearing protective gear takes a nasal swab of a passenger during a Covid-19 screening at a railway platform in Mumbai on Feb. 4. (Photo: AFP)

India's official death toll from Covid-19 crossed 500,000 today even as many experts flag under-reporting of cases across the country.

The daily update from the Health Ministry showed the number of fatalities reaching 500,055, up 1,072 in the previous 24 hours.

Total infections stood at 41.9 million, according to the statistics, second only to the United States.

Case numbers have jumped in recent weeks due to the highly infectious Omicron strain but rates have slowed in recent days and the ministry last week said there were indications of a plateau in virus cases in several parts of the country.

Experts said the Omicron wave would not cause many deaths or hospitalizations, but several states imposed restrictions on movement and have only now started easing them.

Many analysts believe India actually reached the 500,000-death mark last year when it was hit by a devastating spike in cases due to the Delta variant that brought its healthcare system close to collapse.

The wave saw at least 200,000 deaths as hospitals ran out of oxygen and patients scrambled desperately to source medicines.

Kerala, Bihar and Prime Minister Narendra Modi's home state of Gujarat are among those to have added thousands of old deaths to their existing tolls.

Last month the Modi government asked states to stop mandatory testing of contacts of those who test positive unless they had underlying health conditions. But soon after the order the government told states to ramp up testing as numbers dropped.

Booming sales of home coronavirus self-test kits have also fuelled fears of under-reporting of cases across the country.