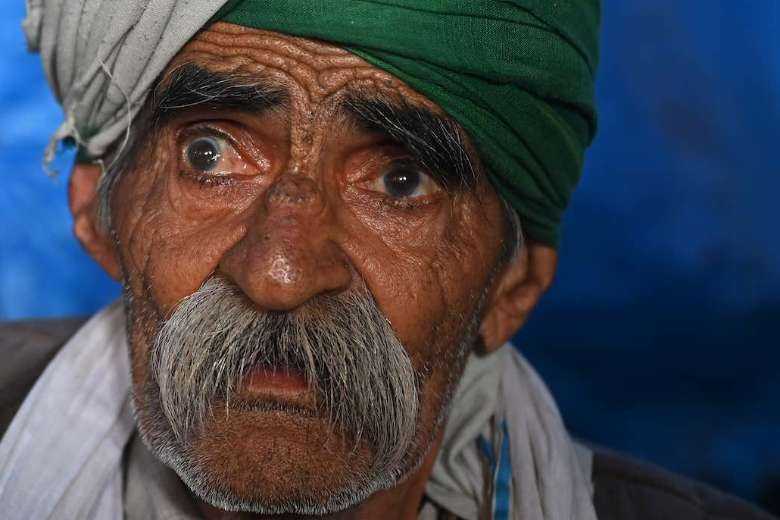 A farmer sits on a blocked highway as farmers continue to protest against the central government's recent agricultural reforms at the Delhi-Uttar Pradesh state border in Ghazipur on Jan. 30. (Photo: AFP)

India's largest Catholic lay group has pledged solidarity with thousands of farmers protesting what they call three unjust farm laws as the government tightened measures to weaken the strike.

"We, therefore, are naturally in solidarity with people of all faiths who are farmers, fishermen and workers in factories. We know and understand how much labor and sweat of the farmer goes into producing food for the country and cash crops for export," the forum's national president Lancy D'Cunha said.

In Europe and elsewhere in the world, the governments honor farm labor by giving huge subsidies to their farmers, said the statement, also issued as a podcast over the weekend in English and major Indian languages.

The statement came as farmers decided to intensify their protest by calling for a nationwide roadblock on Feb. 6 after the government continued to apply pressure to break the protest.

Thousands of farmers from Punjab and Haryana states have been protesting in national capital New Delhi's border areas since Nov. 29, demanding the federal government repeal three farm laws that they say favor corporate businesses at the expense of millions of farmers.

The farmers say the government disconnected water, power and internet services to force them to vacate protest venues. The government also blocked roads with concrete walls and barbed wire to prevent farmers from moving into the capital's central areas.

"What we see is a militarized opposition to a peaceful farmers' protest," said AICU spokesperson John Dayal.

"The government digs trenches on roads built with taxpayers' money and installs nail beds and anti-tank walls on the roads," Dayal said, adding such things are seen only in militarized areas or places facing terrorism.

Opposition Congress party leader Rahul Gandhi on Feb. 2 attacked the government over barricades and roadblocks set up at protest sites on Delhi's borders

"Build bridges, not walls!" Gandhi said on Twitter with pictures of barricades and roadblocks at the sites.

The distrust between the government and the farmers widened after a tractor rally of farmers in New Delhi turned violent on Jan. 26, India's republic day.  Farmers' leaders say government agents unleashed violence to discredit and weaken their peaceful protest.

"The farmers are neither terrorists nor any anti-social people. They are our breadwinners, and they should not be treated this way," Dayal said.

The protest began after the government enacted three farm laws in September, purportedly to reform the farm sector.

Farmers say the laws will force millions of marginal farmers to sell their produce in the open market without government-guaranteed minimum support prices. The changes also allow corporate houses to buy and stockpile produce, destabilizing the market at farmers' cost.

The government says the laws allow farmers to sell produce anywhere in India at competitive prices and earn maximum profit.

"It is true the government must have thought of farmers' welfare in these laws. But now when the farmers reject them, can't the government reconsider the decision," said Richard James, the spokesperson of Rashtriya Isai Mahasang, an ecumenical Christian body.

"It is beneficial for everyone that the government should repeal the new laws and end the farmers' protest," he told UCA News on Feb.2.

"The government's ego that it will not succumb to the farmers' demand will not do any good. Instead, it is only weakening the country. The government is spending enormous resources to suppress the protest."