If they come together, no government can deny their demand for recognition as a distinct religious group, say Church leaders 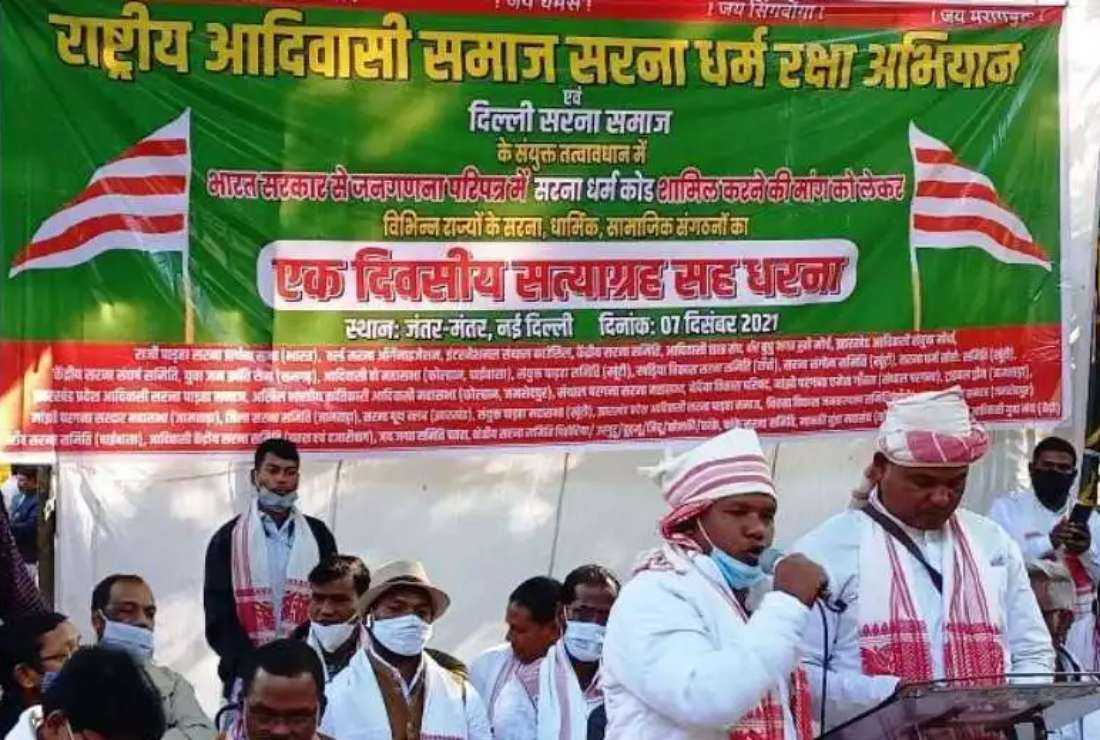 Catholic Church leaders feel the demand for recognition of "Sarna" as a distinct religion of all Adivasis, or tribal people, in India will not be fulfilled unless there is unity amongst the many tribal groups.

Followers of the Sarna religion are predominantly of tribal origin and mostly nature worshippers. They have been demanding recognition of it as a separate religion in India for decades.

At the latest demonstration staged in the national capital Delhi on June 30, protestors belonging to tribal communities from eastern states like Jharkhand and Odisha, besides Assam in the northeast, demanded the federal government recognize the ‘Sarna religious code’ and ensure their enumeration as a separate religious category during the upcoming national census.

At present, India’s census apparatus has separate codes identifying only six religions: Hinduism, Islam, Christianity, Sikhism, Buddhism and Jainism. While filling in these columns, a tribal person has to identify as one of these or tick against the column marked as "others" but cannot specify Sarna as a distinct and different religion as demanded by them.

The protesters in Delhi pledged to intensify their struggle for a separate code and invoked the blessing of their nature gods and ancestors during a mass prayer on the occasion of the anniversary of the beginning of their historic Santhal tribal rebellion against the British in 1855.

The demand is being raised under the aegis of the Adivasi Sengel Abhiyan (tribal empowerment campaign) representing as many as 250 tribe-dominated blocks from 50 districts of Jharkhand, Bihar, Odisha, West Bengal and Assam.

“We are here to demand that the government recognize our religion and count us as a separate religious category,” said Salkhan Murmu, a prominent tribal leader from Jharkhand, who is spearheading the movement.

Church leaders say their demand is legitimate and justified, but the tribal people lack unity.

“The different tribal groups are not united. Until and unless they get together and make a demand in unison their religious identity issue will continue to be a bone of contention,” Father Xavier Soreng, a Jesuit activist priest based in Jharkhand state, told UCA News on July 4.

Father Babu Joseph, a Divine Word priest and former spokesperson of the Catholic Bishops Conference of India agreed. “Most often political parties use the religious code issue for their individual or party gains without any genuine concern for the real cause,” he told UCA News.

He sought to warn the agitating tribal people that without unity they may end up as pawns in the hands of selfish politicians.

“All these agitations finally end up in further divisions amongst the tribal communities. Thus, despite their numerical strength, the tribal people are unable to influence governments in power to recognize and fulfill their demands,” Father Joseph said. “Let them come together and no government can stop them from issuing a religious code of their choice.”

Gulzar Singh Markam, an indigenous political activist in the central Indian state of Madhya Pradesh, said there are more than 1,000 tribal communities spread across the country but they have similar ways of worshipping nature, holding the trees, rivers, or mountains as sacred.

“All tribal people irrespective of their religious affiliations as Hindus or Christians should be able to register under a common code and be counted during the census,” demanded Markam, who belongs to the Gond tribe.

Also, as Markam pointed out their brothers and sisters in the northeastern states who now follow Christianity are not recognized as tribal. “Thus, our numerical strength is automatically cut down though our identity as indigenous people remains the same,” he said.

The demand for a Sarna religious code came mainly from the dominant Santhal tribe in the eastern states like Jharkhand, Odisha, Bihar and West Bengal. But indigenous people were present in 17 of the 28 states as also a few among the eight federal territories like Andamans and Lakshadeep islands, Markam told UCA News.

“Not everybody seems to be interested in a Sarna religious code so there is a need to create awareness nationwide, otherwise the demand could get derailed,” he said.

India is home to more than 104 million indigenous people, accounting for close to 9 percent of its 1.4 billion people.

But Markam disputed the census figures. “Indigenous people make up at least 25 percent of the country’s population, but their strength is numerically reduced by recording them as Hindus, Christians, etc. in the national census,” he said.

This practice should be changed, Markam added.