Three members, including two women, sustained injuries in the attack after they refused to observe traditional rituals 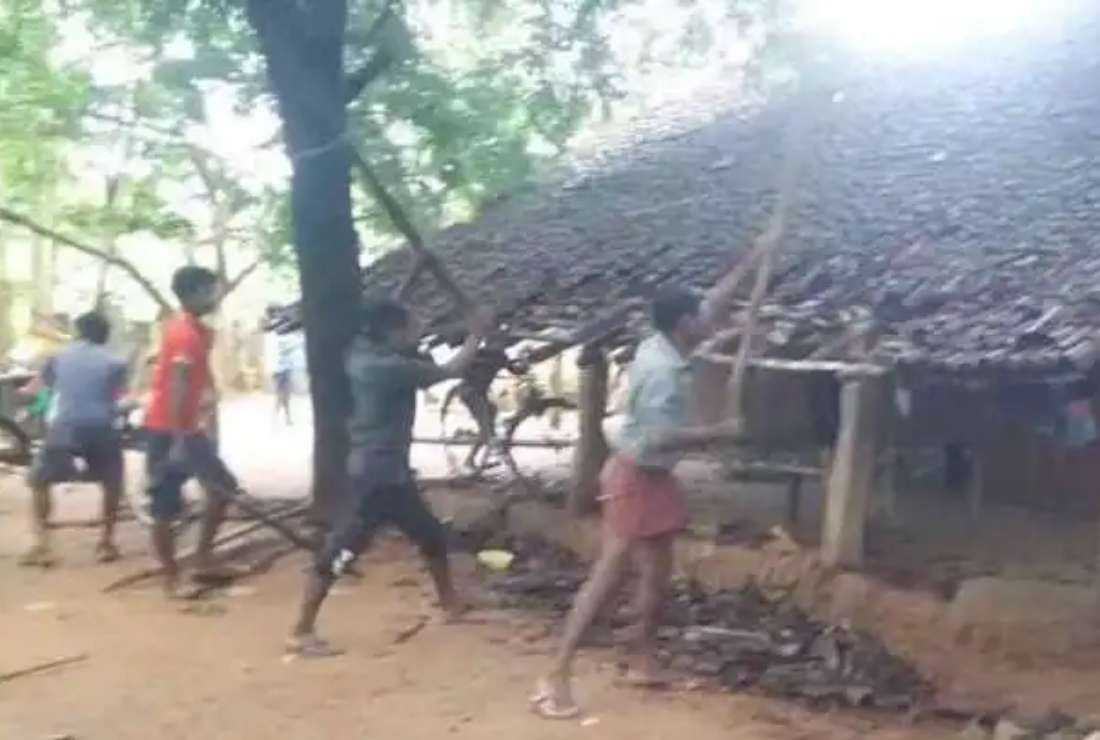 This picture taken on Sept 23, 2020, shows tribal people attacking Christian homes in a village in India's Chhattisgarh state after their refusal to follow the indigenous customs and rituals. (Photo: UCA News)

Tribal families were attacked by their fellow villagers for embracing a Christian way of life and refusing to follow indigenous traditions in the central Indian state of Chhattisgarh.

Some 15 people were injured and three people, including two women, who sustained serious injuries in the Nov. 22 attack in the Bhaisabod in Kondagaon district are being treated at a government hospital.

A man injured in the attack said on condition of anonymity that eight tribal families in the village have been following “Christian practices” like praying daily in the evening and on Sundays along with other observances for quite some time.

“None of us have converted to Christianity, but we follow its practices,” he said.

The families even stopped participating in traditional rituals, which caused a rift with their fellow villagers.

It culminated in the violent attack on the night of Nov. 22, he said. “The attackers forced their way into the houses and attacked us,” said one of the injured.

Speaking to UCA News on Nov. 23, the family said that all those who follow Christian practices might have to leave the village.

“Now we are all scared as our own brothers and sisters have turned against us,” the family said and added that “we might have to leave the village unless we’re given police protection.”

The family members said the police who responded to the incident did not take any action against their attackers, which has emboldened them to threaten to burn the houses of those who refuse to follow indigenous faith practices.

Pastor Moses Logan, president of the Chhattisgarh State Christian Welfare Society, condemned the incident and said Christians and even those showing an affinity to the faith were under attack in the state.

Omkar Diwan, the station house officer of Bade Dongar police station said a formal complaint was registered and action will be taken against those involved.

He told UCA News that the incident was the result of a “family dispute.”

“The aggressors and the victims are part of an extended family. After the victims started following another religion, the others attempted to pressure them to follow the indigenous faith. They attacked them in a fit of rage,” the officer explained.

Diwan said he had visited the village twice since the incident and tried to convince both sides to maintain peace and harmony.

However, Pastor Logan, in a statement, accused the police of inaction and urged the district police superintendent to initiate action against local officers for dereliction of duty.

Meanwhile, in yet another incident reported from the state, a Pentecostal group’s Sunday service was disrupted and the faithful beaten up by an armed mob in Narayanpur district on Nov 20

“The attackers were indigenous men wielding sticks. They also tore up copies of the Holy Bible among other things. Two people suffered serious injuries and were undergoing treatment at a government hospital,” Pastor Logan said.

He blamed the ruling Congress state government for failing to check the growing violence against Christians in Chhattisgarh.

Christians make up 1.92 percent of the state’s 23 million people, according to the 2011 national census report.