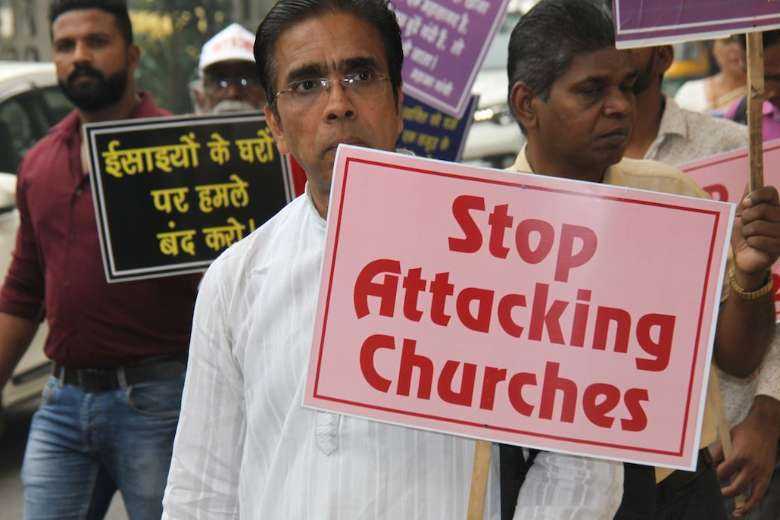 A village court in the eastern Indian state of Jharkhand has ordered families who converted to Christianity to be caned, fined and excommunicated from the community.

Three Korwa tribal families from Khala village of Dhurki in Garhwa district embraced Christianity on Jan. 22, according to media reports.

“There are reports of religious conversion in the area but they are of different denominations as a few small sects are active there. It is a matter of investigation and it should be thoroughly checked as it may give wrong messages among different faiths,” Father Augustin Xess, parish priest of St. Paul’s Church in Garhwa, told UCA News.

“As far as the Catholic Church is concerned, we don’t promote religious conversion.”

The tribal priest said Hindus, followers of the Sarna tribal religion and a small number of Muslims and Christians have been living in the area peacefully with great respect for all faiths.

“After the news of religious conversion came out, we have alerted our people in the area and asked them to give us an actual report,” he added.

Father Fabianus Sinduria, who coordinates pastoral work in Daltonganj Diocese, told UCA News that “we came to know of the incident only through the local Hindi newspaper and are waiting for the final say by the local administration.”

He added: “Occasionally, we hear from the Hindu nationalist party or its wings like Vishwa Hindu Parishad and Rashtriya Swayamsevak Sangh about religious conversion incidents in the area, but everybody knows the fact it is not true.”

Korwa are officially categorized as a “particularly vulnerable tribal group” in India. More than 24 Korwa families have allegedly converted to Christianity over the past year.

The Korwa language is on the verge of extinction and there are only about 6,000 Korwa people left in Garhwa district.

However, an anti-conversion law passed in Jharkhand in 2017 stipulates that religious conversion by force or allurement provides for up to three years' imprisonment and a fine of 50,000 rupees (US$800).

If anyone wishes to convert, they need to inform the top district official of the reasons and the place of conversion or face prosecution. More severe punishments can be imposed for using force to convert minors and women as well as members of tribal minorities and lower castes.

Jharkhand has 1.4 million Christians, mostly tribal people, out of a population of 33 million.