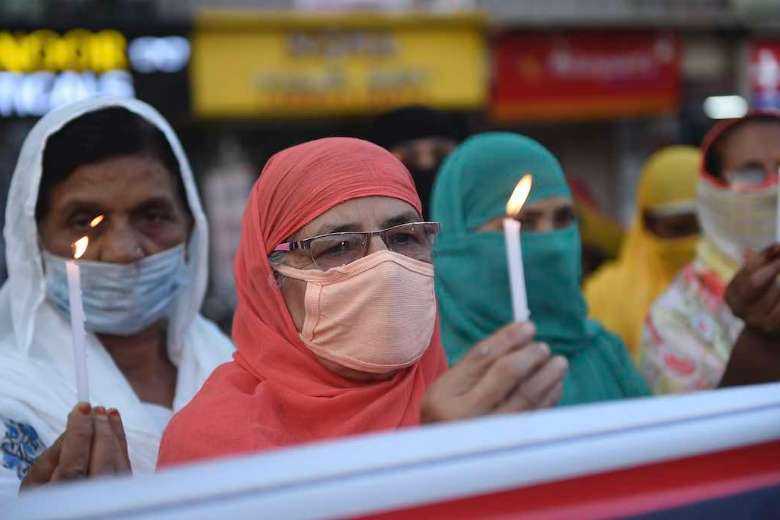 People participate in a candlelight vigil in Ahmedabad on Feb. 28 to commemorate the 19th anniversary of the Gujarat riots of 2002. (Photo: Sam Panthaky/AFP)

Christian and other religious minorities in western India's Gujarat state are upset about a new state law which they say curtails their right to manage their educational institutions.

Religious minorities jointly moved the state's High Court on June 7 seeking to quash the Gujarat Secondary and Higher Secondary Education (Amendment) Act, 2021, which came into effect on June 1. “The new law has practically withdrawn the rights of all religious minorities guaranteed in the constitution to establish and manage educational institutions,” said Father Teles Fernandes, secretary of Gujarat Education Board of Catholic Institutions.

Until now church-run educational institutions enjoyed the right to appoint non-teaching and teaching staff including the principal. They also framed rules and regulations for the administration of the institution and to discipline the students and staff. “But the new law has withdrawn all such powers,” Father Fernandes told UCA News on June 7. The new law says all minority-run institutions that receive the state's financial aid should appoint staff, including principals, according to government norms.

All appointments, the law says, will be done by the government through its Central Recruitment Committee, which will select and appoint staff in minority schools as per their merit list.

Church-run institutions mostly select Catholics, often priests and nuns, as heads of schools to retain the Catholic character of the institutions. Church leaders say the new law will take away the Christian identity of church-managed schools. The law says school managements have to confirm appointments within seven days. In cases of delays, punitive action will be taken against the school management, including derecognition of the school’s registration. Gujarat Education Board of Catholic Institutions manages 181 schools that diocese or religious congregations have established. But 63 of them get financial aid from the government to pay the salaries of teachers. Christian leaders fear that all church-established schools will eventually come under state management. Other religious minorities such as Muslims and Jains are also opposed to the new law. “We have jointly filed a petition in the High Court challenging the new law,” said Father Fernades.

Christian leaders suspect if the Gujarat government succeeds in taking away religious minorities’ rights, the same law will be replicated in other states where the pro-Hindu Bharatiya Janata Party (BJP) runs the governments.

Gujarat, where the BJP has been in power for 26 years, has been described as the laboratory of right-wing Hindu groups and the BJP to experiment with their anti-minority policies that aim to make India a nation of Hindu hegemony. The state also amended its 17-year-old anti-conversion law last April, construing even a blessing or sponsoring a child’s education as an attempt at religious conversion and a crime that can be punished with up to 10 years in jail.