Share this article :
Church officials in India’s Rajasthan state have welcomed a new law that allows harsher punishment for mob violence and lynching despite opposition from pro-Hindu political groups. The state legislature on Aug. 5 passed the Rajasthan Protection from Lynching Bill 2019 amid vociferous protests from the opposition Bharatiya Janata Party (BJP). The BJP wanted the bill to be referred to a select committee and maintained that existing laws were enough to punish crimes such as mob lynching. Rajasthan has become the second state after Madhya Pradesh to enact such a law. Both states made the move after the BJP’s prime opposition, the Congress party, came to power in these states, ending the decade-long rule of the pro-Hindu party. Catholic officials have welcomed the new legislation as a necessity to stem increasing incidents of mob lynching, mostly connected with protecting cows, a revered animal in Orthodox Hinduism.
Related News 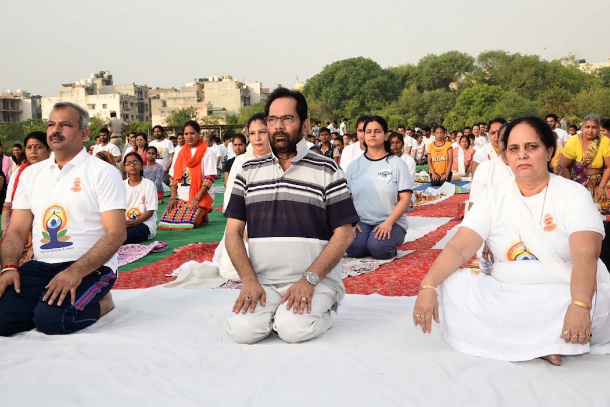 “We do appreciate the move of the government. There is no doubt that those taking the law into their own hands be punished,” said Bishop Oswald Lewis of Jaipur. Those convicted of lynching can be punished with rigorous imprisonment for life and with a fine up to 500,000 rupees (US$7,100). Mob violence or attempted lynching causing injuries will bring a jail term of seven years and a fine of 100,000 rupees. Those creating a hostile environment toward individuals or groups can be jailed for five years and fined 100,000 rupees. The bill also stipulates three years of jail for those convicted of spreading offensive material. The law defines lynching and attempted lynching as mob violence on the grounds of religion, race, caste, sex, place of birth, language, dietary practices, sexual orientation, political affiliation and ethnicity. Bishop Lewis told ucanews.com that the new law alone would not suffice to end mob violence. The state “will have to stress more on value-based education to avoid such crimes,” he said. “All who spread the message of hate should be punished. Leaders of political parties should avoid making statements that promote hostility and hatred,” the prelate said. Bishop Pius Thomas D’Souza of Ajmer believes the new law will work as a “deterrent against mob violence that threatens to turn our country to anarchy.” “We have witnessed several instances of mob lynching in the name of cow protection, caste discrimination, and honor killing,” he said. Incidents of lynching increased after the BJP came to power in New Delhi. Observers say the political victory has emboldened Hindu groups to use violence to push for their goal of making India a Hindu-only nation. In most northern states including Rajasthan, cow vigilantes have attacked or lynched people for skinning dead cows or for possessing or transporting meat that attackers claimed was beef. Published reports show that at least 44 people have been killed in vigilante attacks since 2015 in over 80 incidents, which also injured 140 people. At least 36 of the dead victims were Muslims but they also included socially poor Dalit Hindus and tribal Christians. Laws exist in 24 of India’s 29 states restricting or banning cattle slaughter. These restrictions affect Muslims and Dalits, many of whom work in the leather and livestock industries. “We cannot claim to be a civilized nation and a democratic country when anyone can kill anyone on the street based on allegations,” said Bishop Lewis, who wants a national law to deal with mob lynching as the issue is not restricted to a state. The Supreme Court last year called on the federal government to enact new laws to help curb lynching, but the BJP-led government has yet to make any public move to do so.