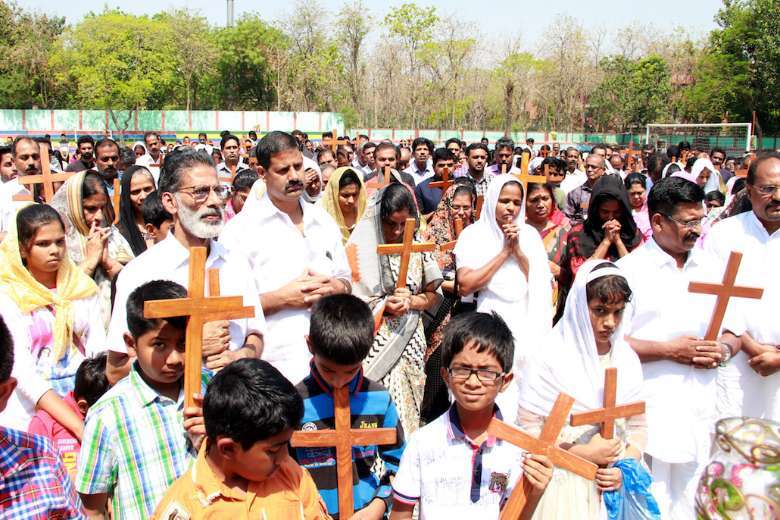 A law to curb religious conversions done by force and fraudulent means was passed amid protests on Feb. 24 in the northern Indian state of Uttar Pradesh.

The Uttar Pradesh Prohibition of Unlawful Conversion of Religion Bill, 2020, will replace an ordinance passed last November. The bill has a provision of imprisonment for up to 10 years and a maximum fine of 50,000 rupees (US$690) for violators.

Yogi Adityanath, the chief minister of Uttar Pradesh, has been an ardent proponent of bringing in a law to check conversions for marriage.

Muslim leader Muhammad Arif, chairman of the Center for Harmony and Peace, Varanasi, said the new law was not needed in the state.

“The Indian constitution guarantees us that we can practice and follow any faith according to our choice and bringing this bill is to check one’s faith, which a human right violation,” he said.

Haryana and Madhya Pradesh states, run by the pro-Hindu Bharatiya Janata Party (BJP), recently brought in laws to check alleged attempts to convert Hindu women to Islam in the guise of marriage, often referred to as “love jihad.” But critics say the move seems to have deepened communal fault lines, instilled fear among Muslims and made it tougher for interfaith couples to exercise their choice.

Meanwhile, the Uttar Pradesh conversion bill was passed despite protests from the Congress party, Bahujan Samaj Party and Samajwadi Party.

Under the new bill, a marriage will be declared null and void if it is done for religious conversion. Those who want to change their religion after marriage will need to apply to the district magistrate.

The bill states that no person shall convert or attempt to convert, either directly or otherwise, any other person from one religion to another by use or practice of misrepresentation, force, undue influence, coercion, allurement or by any fraudulent means or by marriage, nor shall any person abet, convince or conspire such conversion.

If any person reconverts to their immediate previous religion, it shall not be deemed to be a conversion under the ordinance.

Uttar Pradesh is the most populous state in India with nearly 200 million people. However, only about 350,000 Christians live in the state, a miniscule 0.18 percent of the population. By comparison, Christians make up nearly 2.5 percent of the whole of India’s population.

The state, like the federal government, is run by the BJP, which has strong links to Rashtriya Swayamsevak Sangh (RSS), a militant Hindu nationalist organization.