Members of Confraternity get ready for a procession in a Catholic church in Kochi in southern India's Kerala state. (Photo: Christopher Joseph/UCA News)

The communist-led government in India's Kerala state has passed a law to govern the burial rights of two warring Christian factions, exempting other groups including Catholics from the purview of the law.

The Kerala legislature passed the law on Feb. 11, incorporating the changes the Catholic leadership requested, to make it applicable only to the Orthodox and Jacobite factions of the Kerala-based Syrian Church.

The Christian Cemeteries (Right to Burial of Corpse) Act 2020 aims to address a century-old feud over church lands and properties, which resulted in each faction denying the other access to cemeteries to bury the dead.

As their fight became a law-and-order issue in the southern state, the communist-led coalition stepped in with an ordinance in January to ensure the right of Christians to be buried in their respective parish cemeteries.

When the government then moved to make it a law applicable to all Christians in the state, Catholic leaders objected, saying they needed no such laws as Catholic parishes have no issues about burial. Cardinal George Alencherry, head of the Syro-Malabar Church and president of Kerala Catholic Bishops’ Council, said the new law will only affect the rights of other Christian groups.“We are happy that the government has addressed our concerns,” Father Antony Thalachelloor, spokesman of the Syro-Malabar Church, told UCA News on Feb. 12.“The law in its original form could have led to long-standing problems for other churches. The government voluntarily took the initiative to correct it.”Factionalism in the Malankara Church, which owed its allegiance to the Syrian Orthodox Church of Antioch, began in 1911.The Jacobites owe allegiance to the Patriarch of Antioch, while the Orthodox consider the Catholicos of the East, based in Kerala, as the head of the Church.
Related News 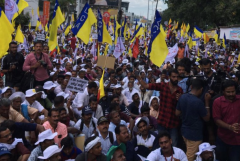 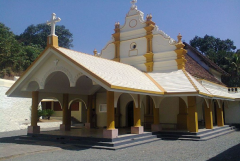 Thank you. You are now signed up to Daily newsletter
The bone of contention is the ownership of temporal properties — large patches of prime land and institutions.In 1995, the apex court in India declared the Catholicos of the East as the head of the Malankara Church based on the 1934 agreement.The Jacobites approached the Supreme Court last August to dispute this verdict, but the apex court refused to intervene.Since then, the warring factions have lost no opportunity to outmaneuver each other in moves that included denial of burial grounds for the deceased.
Support our Catholic journalism with a contribution of any size
Your contribution will help the Catholic journalists and editors in UCA News to report news, features, commentaries, video stories and podcasts on issues affecting the lives of millions of Catholics around the world.
Here is a gift of two valuable books as a token of appreciation to you.
Check your mailbox for links to these PDF/e-Books.