People demonstrate Nov. 5 2017 against the rape of a 19-year-old woman in Bhopal on Oct. 31 by two inebriated men for three hours. One of the accused subsequently called two more men who also sexually assaulted her. (Photo IANS)

India's Madhya Pradesh state has passed a law imposing the death penalty for the rape of girls under the age of 12.

However, a Catholic Church official doubts the sanction will substantially reduce prevalence of the crime.

The law was unanimously passed on Dec. 4 in the state legislature after data showed that Madhya Pradesh in central India has the highest number of rapes in the nation.

If the legislation gains assent from the President of India, Ram Nath Kovind, the state will become the first to provide for the execution of child rapists.

But a senior Catholic leader in Madhya Pradesh fears that rather than being a deterrent, the prospect of capital punishment could lead to rape victims being murdered so they could not identify culprits.

"We always believe even hardcore criminals should be given an opportunity to transform in order to help them lead a better life," said Bishop Chacko Thottumarickal of Indore, the state's largest city.

The Catholic Church's stand would always be pro-life, he added.

Madhya Pradesh recorded 4,882 incidents of rape in 2016, which is 12.5 percent of 38,947 such crimes reported across India, according to federal National Crime Records Bureau statistics released Nov. 30.

The maximum current punishment for rape under Indian laws is seven years' imprisonment.

In 2013, the federal government rejected a demand to introduce the death penalty for rapists amid public outrage over the gang rape of a 23-year-old student in the national capital, New Delhi, on a moving bus. The victim later died in hospital. 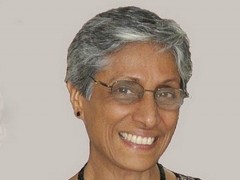 Looking beyond the Delhi gang rape A specially appointed panel of three judges recommended against the introduction of capital punishment for the offence. However, the panel called for the maximum sentence for gang rape be raised to life in prison with a minimum term of 20 years.

Madhya Pradesh state Chief Minister Shivraj Chouhan told media he considered rapists of young girls to be "devils" who did not have a right to live.