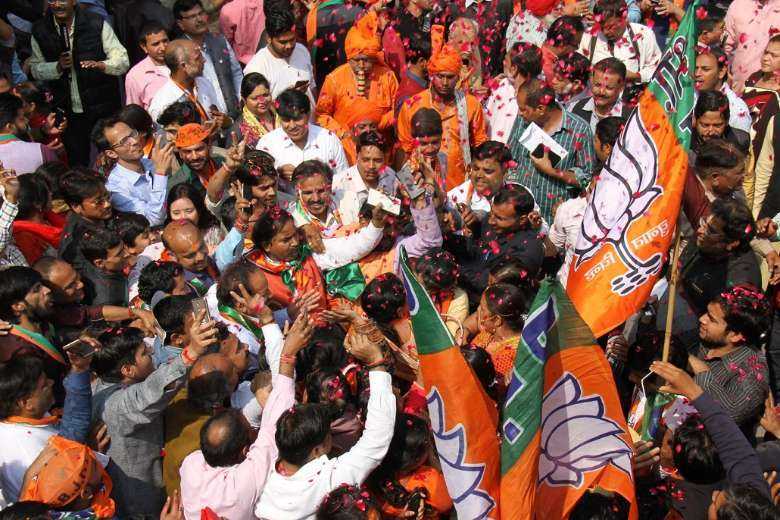 Pro-Hindu Bharatiya Janata Party (BJP)-run Gujarat state in western India has become the third state in the country to promulgate a bill that aims to curb religious conversions by force and fraudulent means.

“Gujarat has done it once again. The additional amendments to the already draconian freedom of religion law of 2003 enhance its unconstitutionality. Such an unconstitutional law should be withdrawn immediately,” Jesuit Father Cedric Prakash, a human right activist, told UCA News.

“States like Uttar Pradesh and Madhya Pradesh clearly reveal the fascist and anti-people mindset of a regime that has gone all out to trample on the fundamental rights of its citizens.

Last year BJP-run states Madhya Pradesh and Uttar Pradesh brought in laws to check attempts to convert Hindu women to Islam in the guise of marriage, which right-wing forces refer to as “love jihad.”

But critics say the law seems to have deepened communal fault lines, instilled fear among Muslims and made it tougher for interfaith couples to exercise their choice.

The new religious freedom bill aims to expand the scope of the law and include conversion by marriage in its purview. It seeks to prohibit and punish religious conversions promising a better lifestyle, divine blessings and impersonation.

The so-called "love jihad law" would invite a jail term of five years and a 200,000-rupee penalty for the forced conversion of young women. In the case of a minor girl being converted, the punishment would go up to seven years in jail and a 300,000-rupee penalty.

The new bill has a provision that if the victim is a minor, a woman, a Dalit or a tribal person, then the offenders may be punished with a jail term of 4-7 years and a fine of not less than 300,000 rupees.

If any organization is found violating the law, the person in charge can be sentenced to between three years and 10 years and a fine of up to 500,000 rupees.

The bill says that if a marriage is solemnized for the purpose of such conversion, it will be declared void and the burden of proof shall lie with the accused.

Siblings or any other person related by blood, marriage or adoption to the victim can lodge a complaint and the offences shall be non-bailable.

While there are some variations between states' anti-conversion laws, they are very similar in content and structure.

All of the laws seek to prevent any person from converting or attempting to convert, either directly or otherwise, another person through “forcible” or “fraudulent” means, or by “allurement” or “inducement.”

Muhammad Arif, chairman of the Centre for Harmony and Peace in Uttar Pradesh, where a similar bill exists, told UCA News that “our constitution guarantees us to practice and follow any faith according to our choice, but bringing in a new bill to check one’s faith is a human rights violation.”

“The state already has a bill, hence this one was uncalled for. The government should focus on unemployment, hunger and poverty,” the Muslim leader added.