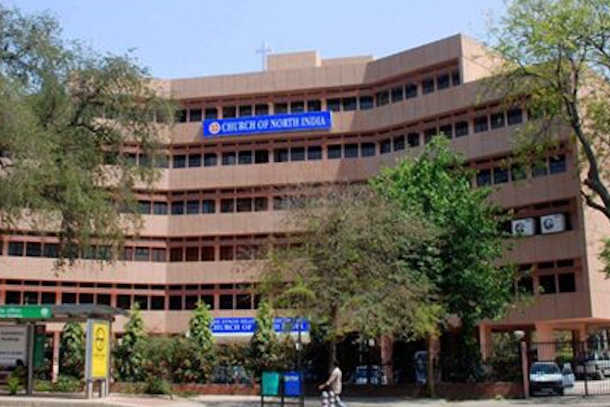 A bishop of the Protestant Church of North India (CNI) has broken away and declared his diocese autonomous following differences with the church's national administrative body.

Bishop Basil B. Baskey of Chotanagpur Diocese in Jharkhand state was asked to go on leave soon after he announced the rebellious move. The CNI synod, its top decision-making body, constituted a probe into the bishop's move to decide what action to take.

"I have already declared the diocese as an autonomous church and have no link with the CNI to follow its order," Bishop Baskey told UCA News on July 22.

The synod's disciplinary action against him came on July 21, four days after the bishop declared his diocese independent of the mother church.The synod has appointed Chotanagpur diocesan secretary pastor Joljas Kujur as diocesan administrator and formed a new committee to assist him until other arrangements are made for the management of the diocese.Bishop Baskey claimed to have the support of all the pastors serving in the diocese's 52 parishes.In a statement after its July 21 meeting, the synod described the bishop's move as "an act of serious indiscipline and insubordination." Quoting the CNI constitution, synod moderator Bishop P.C. Singh said that "no diocese has the right to secede from the Church of North India.""The CNI synod appointed Bishop Baskey himself and yet he has taken a deplorable step against CNI itself," the statement said.The synod has asked the bishop to go on leave and dissolved the executive of the diocesan council, it added.Bishop Baskey said the dispute is linked to corruption and dealings in the CNI's many properties across India. He said some senior synod officials had ganged up on him and accused him of corruption and ignored his plea against those who indulged in corruption.He continues to live in the bishop's house.Suresh Jacob, a senior member of the synod executive committee, said they have not taken any "drastic action" against Bishop Baskey "because we believe in fraternal love." Bishop Baskey is "still a member of the CNI and an ordained bishop. He should be given a chance to repent, seek forgiveness and come back to the church," Jacob told UCA News on July 22.

He said the bishop's residence and all diocesan properties are registered in the CNI's name.

"If the bishop does not agree with the CNI, he can move out, but he cannot claim ownership of the diocese and all its properties," said Jacob.Jacob did not elaborate on the reasons for the bishop's rebellion but said some people have "misled" the bishop.The CNI owns extensive landed properties across India inherited from the Anglican Church of the British era. The CNI was formed in 1970, uniting all the Protestant churches working in northern India. It is now part of the worldwide Anglican Communion and a member of the World Methodist Council.After unification, the properties independently owned by the churches came under the administration of the CNI.The CNI has 27 dioceses across the country, including Chotanagpur.