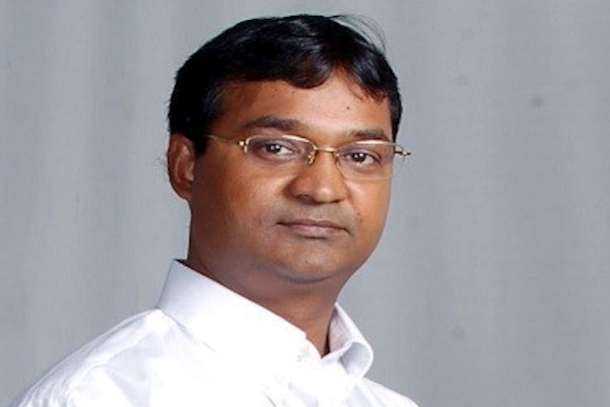 Anand Muttungal claims he has not been notified of his dismissal from the priesthood. (Photo supplied)

Pope Francis has laicized an Indian Catholic priest for gross abuse of ecclesiastical power and office.

Announcing the Vatican decision, Archbishop Leo Cornelio of Bhopal said in a statement that “now, with regret and pain, I wish to formally communicate to everyone that by an official decree from our Supreme Pontiff Pope Francis, on Oct. 22, 2020, Anand Muttungal (Joseph M.T.) of the Archdiocese of Bhopal has been dismissed in poenam (as a penalty) from the clerical state and dispensed from all his clerical obligations, including that of celibacy.”

However, Muttungal, the former public relations officer of Bhopal Archdiocese, said he was unaware of his dismissal.

“I must say that to date I have had no communication from the Vatican,” he said, adding he was not aware of the offense attributed to him that led to his dismissal.

Referring to a criminal case he had filed against Archbishop Cornelio and two other priests from the archdiocese, he said that “… authorities have been trying to get me to withdraw the criminal cases going on against them.”

The former priest also accused the archbishop of “miscommunicating to Vatican authorities and giving him no opportunity” to present his side.

Muttungal also told UCA News on Nov. 27 that he would appeal against the order once he gets an official communication from the Vatican.

The former priest also asserted that he got to know about his dismissal only from media reports.

Archbishop Cornelio, however, described Muttungal’s claims as “blatant lies.” He was given enough opportunities to explain his stand on the charges but always tried to bypass them, he said.

“The Vatican also conducts direct and indirect inquiries against a priest before issuing such a drastic order like dismissal from the priesthood,” said the prelate.

The Vatican order was communicated to Muttungal but he refused to meet the team that went to his residence to hand over a copy to complete the process, Archbishop Cornelio said.

The former priest was dismissed based on evidence against him for persistent disobedience and complete absence from church activities for eight years among other charges, he added.

The archbishop did not want to disclose all the details of charges against Muttungal as he has already been removed from the priesthood.

“One thing is clear — he is no more a Catholic priest. He has now become a layman and cannot exercise the power of a priest,” he said.

Archbishop Cornelio said Muttungal has no option to appeal against the order as it has come from the pope himself.

The prelate also said he “earnestly prays that Muttungal may gracefully accept the decision of our Supreme Pontiff and make a positive turn in order to begin a new chapter in life.”

They all denied the allegation. Since then, the case has been pending for trial in a Bhopal court.

Last December, Muttungal was remanded in judicial custody for 50 days following his arrest in connection with alleged financial misappropriation. He is now out on bail.