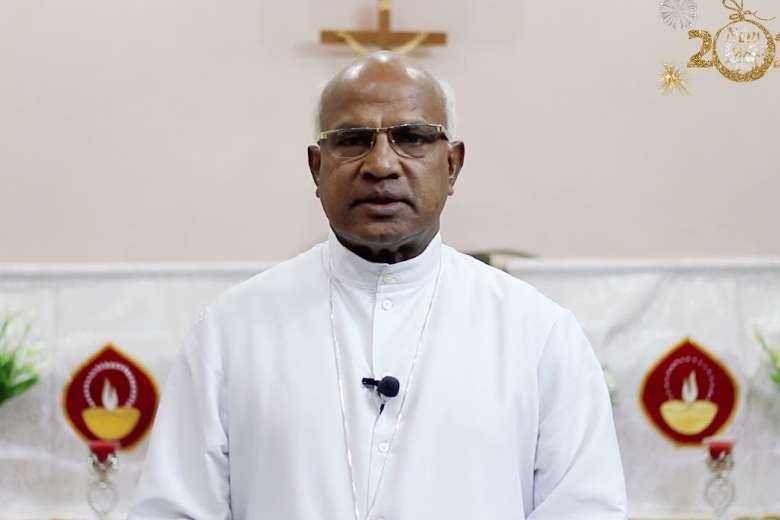 Bishop Pius Thomas D’Souza claims he was attacked by a priest in his dining room. (Photo: YouTube)

A Catholic priest has been excommunicated after he allegedly beat up his bishop in India’s Rajasthan state, but the priest says the bishop concocted the assault story to end his criticism of the bishop’s authoritarian administration.

Bishop Pius Thomas D’Souza of Ajmer announced the suspension of Father Varghese Palappallil on March 10, three days after the priest allegedly attacked him in the dining room of the bishop’s house.

According to Canon Law 1370, the priest has incurred automatic suspension from all priestly ministries and from receiving sacraments in the Church because he attacked his bishop, said the bishop’s letter to Father Palappallil, which was also released to the media.

The bishop quoted the second clause of the law, which says a person who uses physical force against a bishop “incurs latae sententiae interdict and, if a cleric, he incurs also a latae sententiae suspension.”

The law interprets interdict as another term for excommunication.

However, Father Palappallil said the bishop “cooked up the assault case” against him to remove him from the priesthood as he “questioned the bishop’s autocratic rule” in the diocese.

Father Palappallil and the bishop have been in conflict since 2015 after the bishop removed him from the post of principal in a church-run school following an allegation he was in a sexual relationship with a woman.

Since then, the bishop has not assigned him a parish or given any other responsibility in the diocese.

This year the priest was also accused of sexually abusing a girl.

On March 7, the priest visited the bishop’s house to speak with him about getting a placement.

Father Palappallil approached the bishop during lunchtime when he was alone in the dining room, said Father Cosmos Shekhawat, the diocese’s vicar general, in an official communication on March 9.

The priest unexpectedly assaulted the bishop after he declined the priest’s demand for an assignment, the official letter said, quoting the bishop.

“He gave a strong blow to my face near my eyes. My spectacles fell to the ground. Before I could manage to grasp the situation, he gave a blow to my neck,” the bishop was quoted as saying.

The priest then picked up a chair but another priest saved the bishop from being attacked further, the letter said.

“It is all a concocted story,” Father Palappallil told UCA News on March 12. He said he was in the bishop’s dining room discussing the issue of him not having a pastoral duty for over five years.

“The bishop said I am accused in a pedophilia abuse case and it is pending before the Vatican, hence he cannot help me,” the priest said.

“The diocese appointed two commissions to probe sex allegations against me, but nothing has come out yet against me. I asked the bishop to appoint another commission to probe the allegation against him that he molested a nun in the diocese.

“At this, the irate bishop turned towards me with a table knife, and then I pushed him back. His specs fell off and there was no assault as was being made out.

“We later had discussions until 3.30 pm and departed in a friendly atmosphere. The assault story is cooked up for my dismissal because I have been opposing his autocratic administration with his coterie of a few priests.”

The priest said both complaints against him came from the same email address in the name of fictitious victims. He challenged the bishop to bring the victims before the public.

The priest claimed the allegation of having sex with a woman was the first step. “But the complainant failed to present herself before the probe teams to give her statement, so the probes could not be concluded.”

“I pleaded many times with the bishop to take action against me if I am guilty or reinstate me into my work, but he never listened to me,” Father Palappallil said.

He said he filed five police cases against the bishop accusing him of character assassination.

“The bishop used social media and his coterie to spread false stories against me to tarnish my image," Father Palappallil claimed.

“In retaliation, the bishop complained about me to the Vatican with a pedophile charge in 2021. If the bishop was so sure about the pedophile case, he should have reported it to the police. Instead, he tried to malign my name within the Church.”

Bishop D’Souza did not respond to calls from UCA News, but Father Shekhawat described the allegations against the bishop as "baseless.”

“In fact, the diocese came to know about both cases from the Vatican as the complaints had been filed directly to the Vatican,” the vicar general told UCA News on March 13.

“The same woman who accused the priest of sexually abusing her in 2015 complained to the Vatican again about the pedophile allegation against him. The bishop has no role in it.”

Meanwhile, a diocesan priest supporting Father Palappallil told UCA News on March 12 that several priests have become “victims of a virtual syndicate” that is at work in Ajmer Diocese.

“It is destroying the diocese and will eventually harm the faith life in the diocese,” he said.

The diocese covers one-third of the desert state of Rajasthan bordering Pakistan in western India, where Christians form less than 1 percent of the predominantly Hindu population.

The diocese has about 50 priests, who are reportedly divided over the issue. 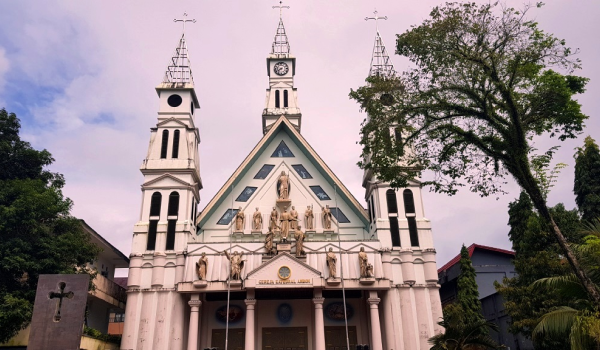