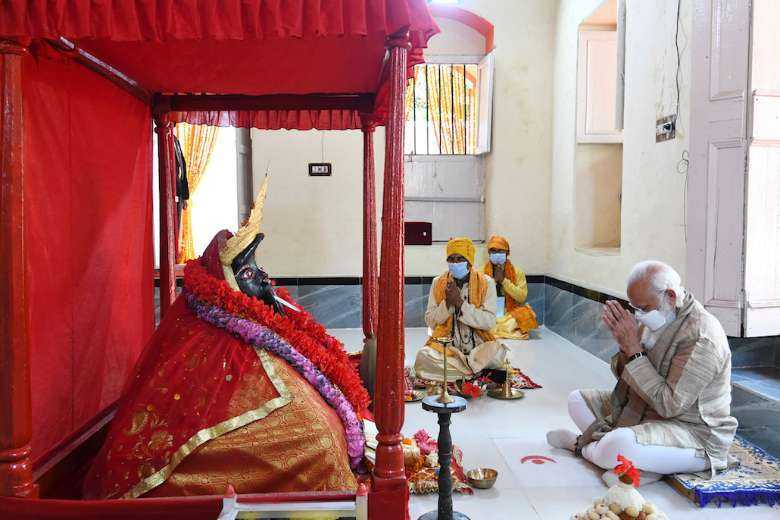 A master of symbolism and a powerful communicator, India's Prime Minister Narendra Modi made a Biblical reference in his election rally speech in the southern state of Kerala, where Christian votes are decisive in certain seats.

The reference has started a minor debate on why the PM, who does not mind displaying his blatant support for Hindutva politics, made a Biblical reference.

However, Modi's statement was more political as gold-smuggling charges against the communists' dispensation in Kerala, especially against Chief Minister Pinarayi Vijayan, have made waves in the run-up to the polls.

Political observers say it is not the first time that Modi, whose regime is accused of being harsh on conversion to Christianity, has referred to Christ or the Bible in his speeches.

"Modi not only knows how to talk as a good orator and communicator. He has a perfect sense of timing. So, when the prime minister used a Biblical reference, he was not only targeting the chief minister or communists for the gold-smuggling scan, he was also giving a message to around 15 percent of the population," said Tushar Bhadra in Modi's parliamentary constituency in Varanasi.

Bhadra points out that in December in his monthly radio show Mann Ki Baat (Speaking from the Heart), the PM made reference to the Bible and the teachings of Christ.

"Serving people is the biggest identity of humankind," Modi said, adding that on Christmas Day "we do remember the teachings of Lord Jesus Christ, and the thing we remember the most was his teachings on service."

Earlier this year, Modi met Catholic cardinals and archbishops from Kerala and, of course, everyone tracking Modi said the meeting was ultimately aimed at wooing Christians.

The Bharatiya Janata Party (BJP) and Modi-led federal government have been facing criticism for ignoring Christian interests amid reports of increased anti-Christian violence by Hindu fanatic elements in various parts of India including Uttar Pradesh, where the PM handpicked Hindu monk Yogi Adityanath to be chief minister.

In the run-up to the assembly elections in Kerala next month, both the communists and the BJP have been trying to secure Christian and Hindu votes to fight “radical Islamic forces” in the state.

Congress leader A.K. Antony, a Christian-turned-agnostic and a former Kerala chief minister, dismissed Modi's Biblical reference as a move with a political motive. "He is only for Christian votes," he said.

Antony also claimed that the BJP and the Communist Party of India (Marxists) have a hidden agreement to defeat Congress in these elections.

Rahul Gandhi, the face of the Congress party, is an elected MP from Kerala's Wayanad constituency.