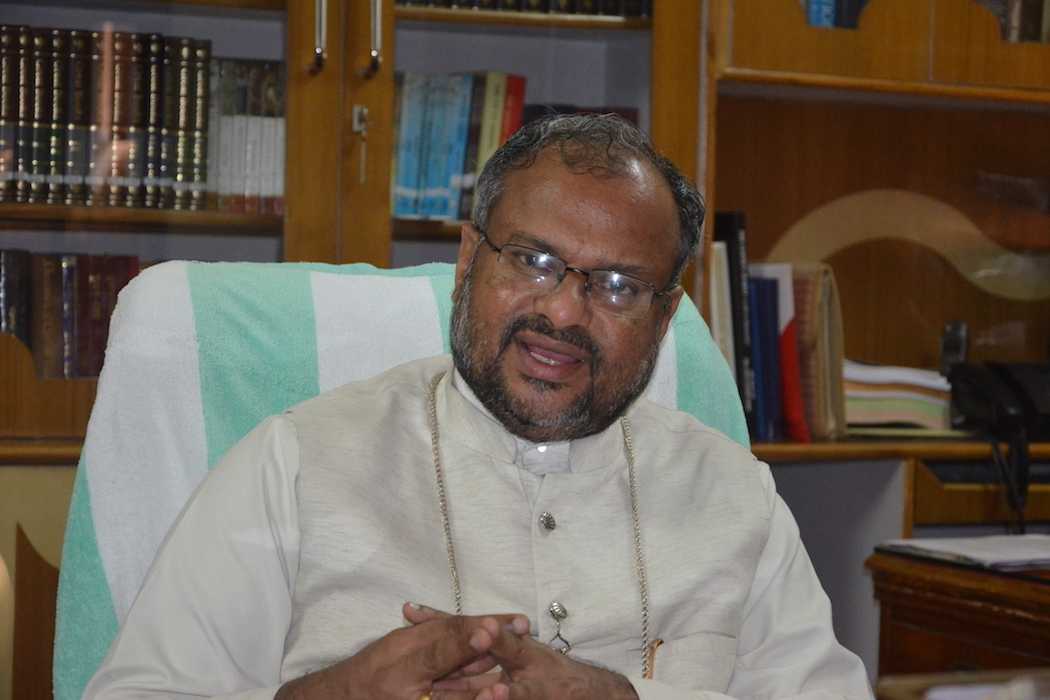 Bishop Franco Mulakkal of Jalandhar in Punjab state claims the rape allegation was made in retaliation for him acting against the nun for sexual misconduct. (Photo supplied)

An Indian Catholic nun has accused a bishop of raping her four years ago and then sexually abusing her 13 more times over the following two years.

But it was not until June 29 of this year that she complained to police of being raped in May 2014 at a convent when the bishop visited Kerala in India's south.

She claimed to have been harassed by the bishop when she resisted sexual abuse.

Bishop Mulakkal is the patron of her Missionaries of Jesus congregation, which is based in Jalandhar but has a convent in Palai Diocese of Kerala.

The bishop told ucanews.com the nun cooked up the stories and went to police after church authorities began to take disciplinary action following allegations by the nun's cousin that she was having sexual relations with her husband.

"She threatened to quit the order," Bishop Mulakkal told ucanews.com.

Instead, the nun submitted an application seeking dispensation so that she could lead a married life.

"However, she withdrew the application and continued to threaten me with sex allegations," the bishop told ucanews.com.

"When I finally took action against the nun, her brother threatened to kill me. He sent me a letter saying that he would cut me into pieces if I dared to land in Kerala."

Jalandhar diocesan vicar-general Father Peter Kavumkal told ucanews.com that the nun's congregation was planning to dismiss her on July 2.

"It is all planned and timed to blackmail the bishop from taking punitive action against her," Father Kavumkal said.

Father Kavumkal filed a police complaint on June 22 in Kerala, and also in Punjab, over attempted blackmail and threatening the life of the bishop. "We went to police first," he said.

Church accused of covering up

Police official S. Subhash, who has been investigating the case, said the nun was standing by her allegations.

She will be subjected to medical tests to try to establish whether she was sexually assaulted.

A police team from Kerala will be sent to Jalandhar to interrogate the bishop. The team will also question other nuns, he said.

In the meantime, the church is facing allegations of a cover-up.

A lay organization in Ernakulam-Angamaly Archdiocese said Cardinal George Alencherry, the major archbishop of the the Kerala-based Syro-Malabar Church, failed to act despite the nun complaining to him.

John Jacob, convener of the Movement for Transparency, filed a police complaint saying the cardinal received the nun's complaint six months ago but failed to report it to the police.

Regional bishops' council spokesman Father Varghese Vallikkatt said it would be premature to comment in detail while police were still looking into the claims and counter-claims.

"We will wait for the investigation to be completed — we want the truth to be found out," Father Vallikkatt told ucanews.com.