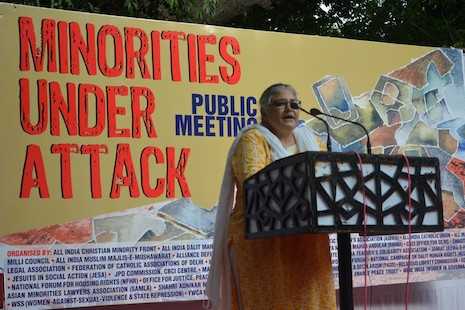 Christian and Muslim leaders in India have joined civil society groups in urging the federal government to act against an "orchestrated campaign of hate" and violence against religious minorities.

More than 200 people took part in a public meeting organized by more than 30 civil rights and religious minority groups in New Delhi on September 26 that focused on what they the called the deteriorating situation of religious minorities in some parts of India.

The event was organized in the wake of recent allegations of the forced conversion of 60 Christians to Hinduism in Asroi village in northern India's Uttar Pradesh state and several Hindu groups banning non-Hindus in about 50 villages in Chhattisgarh state last month.

The Christian and Muslim leaders also released a report detailing alleged attacks on minorities during the first 100 days of the newly formed federal government, highlighting more than 600 incidents of targeted violence against religious minorities in different parts of India.

The federal government, run by the pro-Hindu Bhartiya Janata Party, took office in May.

“These incidents against minorities are part of an institutionalized anarchy. We have to confront this as Indians,” Navaid Hamid, secretary of the South Asian Council for Minorities, told ucanews.com.

He said the federal government needs to instill confidence and trust among minority communities in India.

The report accused Prime Minister Narendra Modi of remaining silent on the “virulent and poisonous hate campaign against Muslim and Christian communities in India carried out by the cadres of Hindu groups”.

Sehba Farooqui, a Muslim leader, said the first 100 days of the new regime have seen a rising crescendo of hate speech against Muslims and Christians.

Muslims and Christians have had their "identity derided, their patriotism scoffed at, their citizenship questioned and their faith mocked", said Farooqui. "The environment in the country has degenerated into one of coercion, divisiveness and suspicion."

Participants expressed concern that state governments have also been slow in taking action against suspects of targeted violence, further encouraging unlawful behavior. They demanded a zero tolerance policy against communal and targeted violence in the country.

Manish Tiwari, senior leader of the opposition Congress party, accused the federal government of supporting communal forces in the country.

“The government is hand-in-glove with communal forces that carry out incidents of hate and violence against religious minorities,” Tiwari said.

John Dayal, a member of the National Integration Council, told ucanews.com that they would organize further public meetings and peaceful means of protest if such incidents did not cease.

“We will go to court as and when required. We will take whatever civil and peaceful means are available to us to protest in a democracy,” he said. 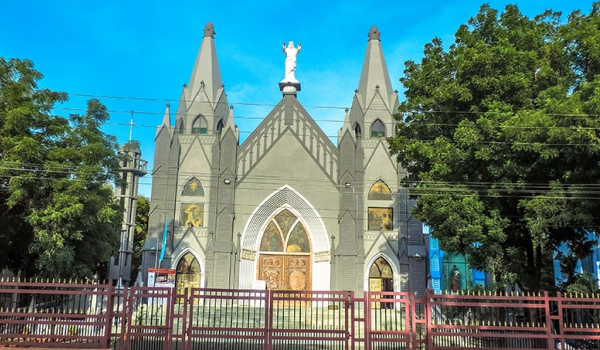