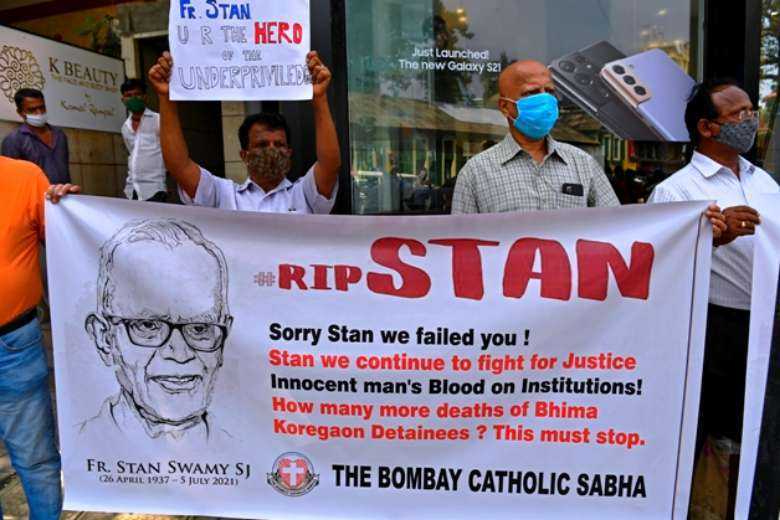 Indian Jesuits plan to appeal to a court to clear the stigma attached to their activist colleague Father Stan Swamy, who died under detention after being arrested under a draconian anti-terror law.

“We are soon filing a petition in the Mumbai High Court seeking a direction to clear his name from alleged charges under the provisions of the Unlawful Activities Prevention Act (UAPA),” said Father A. Santhanam, a Jesuit lawyer based in the southern state of Tamil Nadu.

The top court in Maharashtra state had on Nov. 24 disposed of two appeals the late priest had filed for his bail, noting them as withdrawn.

Earlier, Father Frazer Mascarenhas, former principal of St. Xavier’s College, Mumbai, through an interim application, had sought directions from the high court for a mandatory judicial inquiry into the circumstances that led to Father Swamy’s death while being lodged in Taloja prison on the outskirts of Mumbai.

The Jamshedpur Jesuit Province to which Father Swamy belonged has appointed Father Mascarenhas and the parish priest of St. Peter’s Church, Mumbai, as delegates and the next of kin of Father Swamy.

The 84-year-old Jesuit was arrested on Oct. 8, 2020, by the National Investigation Agency (NIA), a federal anti-terror combat unit, from his residence on the outskirts of Jharkhand's state capital Ranchi in eastern India.

He was suspected of having a role along with 16 other arrested academics, lawyers and activists in instigating mob violence at Bhima Koregaon in Maharashtra state on Jan. 1, 2018, that left one person dead and several injured.

He was accused of serious offenses such as sedition, having links with an outlawed Maoist group and being part of a conspiracy to kill Indian Prime Minister Narendra Modi, among others.

Father Swamy was remanded to judicial custody the following day by a special NIA court in Mumbai. He died following a heart attack on July 5 this year while undergoing treatment at a Catholic-run hospital where he was taken after his health deteriorated.

The priest suffered from Parkinson’s disease, hearing impairment and other age-related ailments and was also infected with the Covid-19 virus, but he was repeatedly denied bail due to the stringent provisions of the UAPA.

Father Swamy was an indigenous people’s rights activist who became an irritant to the political establishment, both in Jharkhand and Delhi, due to his consistent opposition to attempts to dilute the land rights laws that prevented the purchase of tribal land in the state by outsiders.

His protest along with other political parties and civil rights groups forced the state government to withdraw the proposed amendment. The elderly priest also filed a case against the then ruling Bharatiya Janata Party (BJP) government for jailing close to 3,000 indigenous youths after accusing them of being supporters of Maoist rebels.

Father Swamy’s associates felt this action led to his false implication in the Bhima Koregaon case.

“He was a hardcore activist who always stood for protecting the rights of indigenous and other ordinary humans,” said Father Santhanam, who is determined to clear Father Swamy’s name as a tribute to his departed soul.

LADISLAUS LOUIS D'SOUZA
"We are going to....." - why trumpet to the world what we are going to do! Just do it - that is the only way of getting on with the act of having Swamy cleared of all charges and allegations. And the sooner the better.
Reply

DESMOND COUTINHO
I disagree. I don't know how much you are involved in indian Activism. But this is the process. What they are doing is saying to the Indian Authorities that they will not longer collude with oppression. The new generation of Jesuits policy was to wait for a change in Government before standing up for hte poor low caste for women and marginalized groups in India. This is them standing up. Whether the parrots squawking in their master voice the judiciary clears Fr Stan's name or not is in many ways irrelevant. They are standing up. 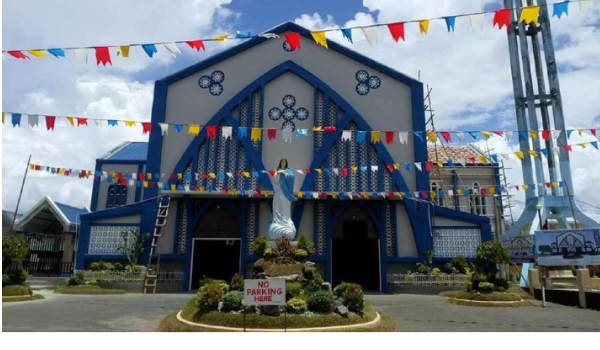