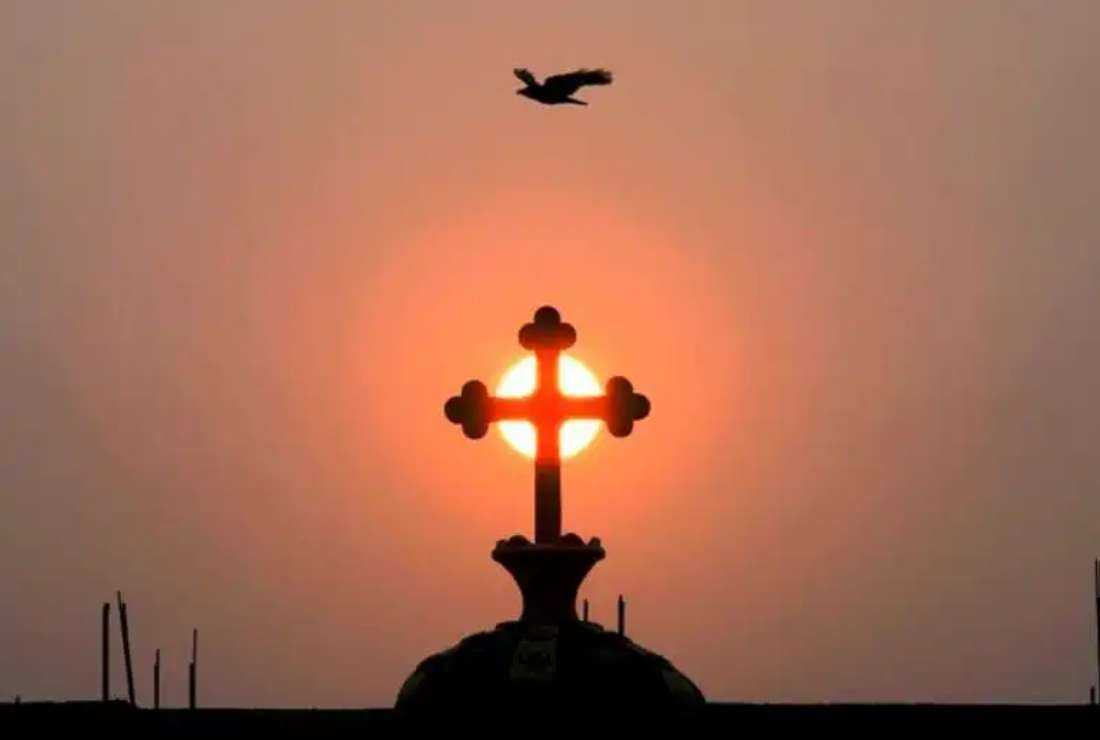 A bird flies over a Christian cross silhouetted against the rising sun on top of a church on the outskirts of Hyderabad, India, on March 12. (Photo: AFP/ UCAN files)

India’s federal government has sought dismissal of a petition that sought to end the persecution of Christians, saying there could be a “hidden oblique agenda” behind it.

In its affidavit submitted to the Supreme Court on Aug. 16, the government said there seemed to be an agenda behind filing “such deceptive petitions.”

The government alleged that such petitions were meant to “create unrest throughout the country and perhaps for getting assistance from outside the country to meddle with internal affairs of our nation.”

The Public Interest Litigation (PIL) filed by Archbishop Peter Machado of Bangalore, the National Solidarity Forum and the Evangelical Fellowship of India, said that an average of 45 to 50 violent attacks against Christian institutions and priests were reported every month.

A record 57 attacks were recorded in May, the petition said and sought urgent intervention from the top court.

Solicitor-General Tushar Mehta, who appeared for the federal government, told the court that such “half-baked and self-serving facts and self-serving articles and reports culminating into a petition — based upon mere conjectures — clearly appear to be for an oblique purpose.”

Describing the petition as a “hazardous trend,” the government denied any kind of targeted attacks against Christians.

The affidavit said a majority of the incidents alleged as Christian persecution were either false or wrongfully projected.

“In some cases, incidents of purely criminal nature and arising out of personal issues have been categorized as violence targeting Christians,” it added.

The government said the PIL seemed to be based on misleading and self-serving data being compiled by certain organizations.

Advocate Colin Gonsalves, who appeared for the petitioners, however, informed the bench of Justice D Y Chandrachud and Justice A S Bopanna that 500 incidents of attacks were recorded in the year 2021 alone and sought more time to reply to points raised by the federal government in its affidavit.

Mehta said the incidents of attacks can be taken care of by law enforcement agencies in the districts or provinces, or the affected parties could approach the respective high courts instead of the top court conducting an inquiry covering the entire country.

“None of the facts are either verified by the petitioner or by the so-called organizations who have prepared the reports [on the incident of attacks],” he said.

He further denied the allegation in the PIL about the biased role of police in dealing with cases of persecution saying, “police had taken prompt action in numerous cases and conducted the necessary investigation as per rules.”

The court has set a week for the concerned parties to file their replies and scheduled the next hearing for Aug. 25.