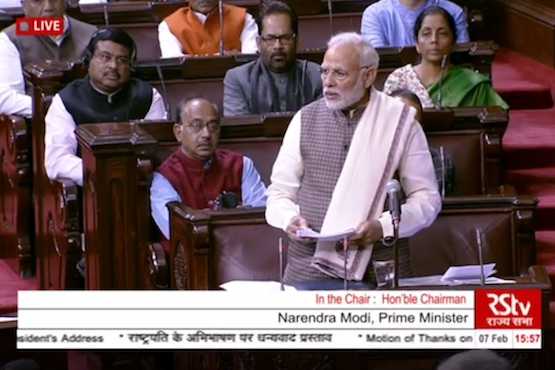 India's pro-Hindu government has presented detailed data in parliament showing a surge in religion-based violence since it came to power four years ago.

The statistics, revealed on Feb. 6, confirm a long-standing allegation by rights groups that the situation is worsening.

Parliament was told that the highest number of sectarian incidents was reported in India's most populous state, Uttar Pradesh, which has 200 million people, some 40 million of them Muslims.

Rights groups and civil society have been accusing the BJP, which leads the federal coalition government, of fanning the flames of intolerance. They also allege the administration is supportive of Hindu groups' violence against religious minorities like Muslims and Christians in its desire to make India a Hindu-only state.

Some BJP leaders' active promotion of Hindu nationalism resulted in the spike in communal violence in India since it came to power in 2014, says a report by the Mumbai-based Center for Study of Society and Secularism.

The failure by authorities to investigate or prevent such attacks, often led by extremist groups acting as vigilantes for cow protection and moral policing, have "created a climate of impunity" and might lead to continued attacks, says the report.

BJP parliamentarian Vinay Katiyar told reporters in New Delhi on Feb. 7 that Muslims have no business being in India and should go to Pakistan or Bangladesh. He also blamed Muslims for partition of the subcontinent in 1947.

Pew Research Center, a U.S.-based think tank, in its 2017 analysis ranked India as among the worst in the world for religious intolerance. The nation of 1.3 billion trailed only behind Syria, Nigeria and Iraq.

"Over the past three years, the space for liberal discussion in the country has become narrower. This has been shown by repeated incidents of threats, assassinations and lynching, along with the banning and burning of books," said Murali Krishnan, a veteran Indian journalist who reports current and social affairs in South Asia.

Colin Gonsalves, a Supreme Court lawyer and founder-director of the Human Rights Law Network, said sectarian incidents, even if they happened in far-flung villages, were part of a "national conspiracy" and damaged the basic tenets of the constitution.

"Sectarian violence, like terrorism, should not be seen only as a law and order problem. Hate speech, like a terror incident, may happen in a village but the conspiracy has to be uncovered nationally," he said.

Hindus form 80 percent of India's population or some 966 million. The 172 million Muslims and 28 million Christians are the two main religious minorities, followed by Sikhs, Buddhists, Zoroastrians (Parsis) and Jains.