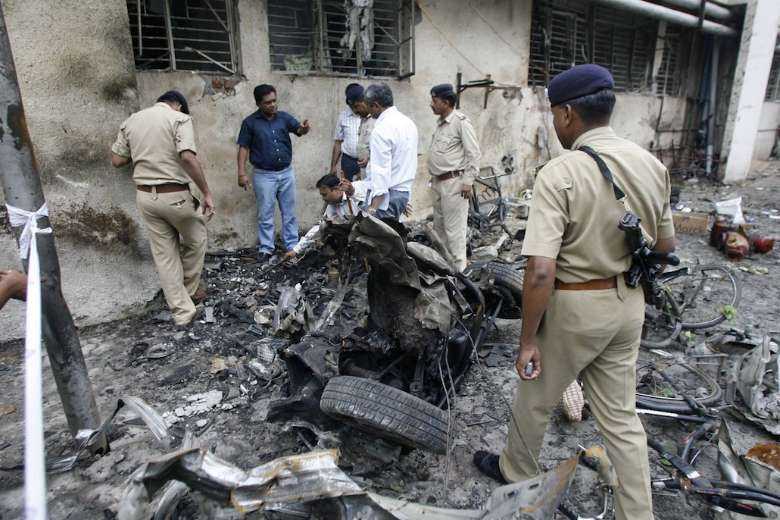 Indian forensic experts collect evidence from a blast site outside the Civil Hospital in Ahmedabad following a series of bombings on July 26, 2008, which killed dozens. (Photo: AFP)

Another 11 Muslims were jailed for life by the Ahmedabad court for 21 bomb blasts that hit Gujarat's commercial hub on July 26, 2008, killing 56 people and injuring over 200.

The 49 convicts were found guilty of murder, sedition, waging war against the state and various provisions of the Unlawful Activities (Prevention) Act (UAPA) and Section 302 of the Indian Penal Code. They were also fined 285,000 rupees each.

Some 77 people were charged but 28 were acquitted. The marathon trial lasted over a decade thanks to India's labyrinthine legal system, with more than 1,100 witnesses called to testify.

On July 26, 2008, media organizations reportedly received a 14-page email stating "Await 5 minutes for the revenge of Gujarat" — a clear reference to 2002 anti-Muslim riots that claimed over 1,000 lives. The riots were sparked by the Godhra train burning that claimed the lives of over 50 Hindus.

"In the name of Allah, the Indian Mujahideen strike again! Do whatever you can, within 5 minutes from now, feel the terror of death!" the email warned.

Serial bombings were carried out in Delhi, Bengaluru and Ahmedabad.

Modi was the chief minister of Gujarat at the time of the attacks.

Some were also linked to Muslim youths seeking to avenge the killings of Muslims in the Gujarat riots of 2002.

Gujarat police initially arrested suspected mastermind Mufti Abu Bashir along with nine others in connection with the Ahmedabad bombings, which occurred a day after the Bengaluru blasts.

Many of the blasts in Ahmedabad targeted the city’s bus services. Two also took place inside two hospitals. One occurred when injured victims of the initial series of blasts were being admitted. 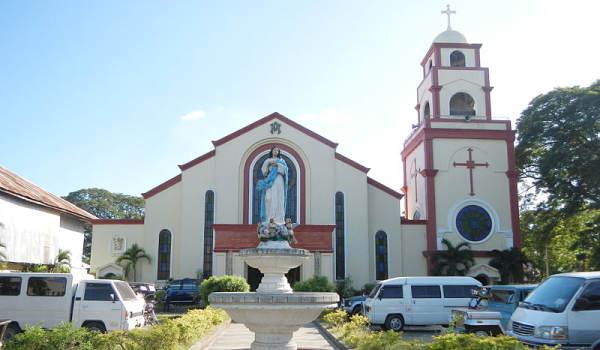