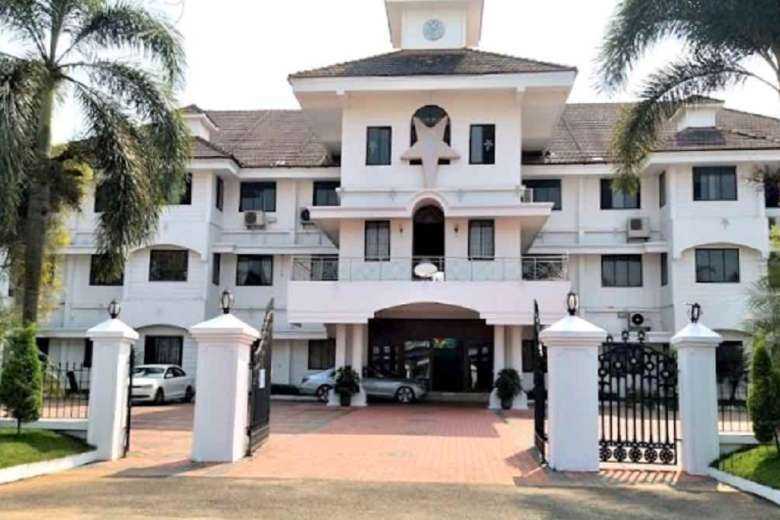 The headquarters of the Jacobite Syrian Christian Church in Kerala. (Photo: Wikipedia)

A top court in southern Indian Kerala state has ordered a federal paramilitary force to take possession of a more than 500-year-old church after two warring Christian groups continued to fight for its ownership.

The Kerala High Court order's order on Dec. 8 came after the Communist-led Kerala state government failed to comply with its earlier order for handing over the Marthoman Cheriyapalli Church in Kothamangalam town in Ernakulum district to the Orthodox faction.

The church is currently in the possession of the Jacobite faction. They have refused to hand it over to the Orthodox faction in compliance with a 2017 Supreme Court order.

The top court ordered more than 1,100 churches now under the control of the Jacobite faction to be handed over to the Orthodox faction.

As the state government did not comply with the Supreme Court order the Orthodox faction moved a contempt of court petition in the state High Court against the government and sought implementation of the top court order.

The High Court in its last order directed the state government to take over the historical church and hand it over to the Orthodox faction, but it failed to comply with it and therefore the court directed the Central Reserve Police Force (CRPF), a federal paramilitary force, to take over the church by Jan. 8, 2021.

The priest said they "are not driving out anyone from the church and parishioners can still continue to use the church.”

The Jacobite side, however, said the church has only eight families belonging to the Orthodox faction among the 2,500 families of Jacobites using it..

As the dispute continued to create a law and order problem in many places over the issue of church takeovers, Kerala Chief Minister Pinarayi Vijayan took the initiative to broker a peace deal in September.

The communist leader met with leaders of both factions in the state secretariat, however, it did not help to cut the ice.

“We held three rounds of talks with the government and now our genuine contentions were misquoted and presented in the court against us, said Father Kanat.

The priest also ruled out any immediate possibility of continuing the talk with the government, as the Supreme Court had passed a clear order for the government to implement.

“The church, which was ordered to take over, has only eight Orthodox families,” Joseph Mar Gregorios, the metropolitan trustee and senior bishop of the Jacobite Church, told UCA News on Dec. 10.

The state government in compliance with the Supreme Court court order has handed over more than 50 churches to the Orthodox faction from the custody of the Jacobite faction.

Each time the police had to use force to remove the Jacobite protestors who opposed the takeover.

The court also ordered the CRPF to remove anybody if found opposing the takeover. It wanted the federal force to ensure the transfer of the church as per the top court order.

The Orthodox have their supreme head based in Kerala, while the Jacobites owe their allegiance to the Patriarch of Antioch.

Following the split, a dispute over their temporal properties — large patches of prime land and centuries-old churches and related institutions — began and factionalism widened.

However, in 1934 they came together, agreed on a common constitution and elected a Catholicos of the East as the common head.

They split again in 1973, unable to find ways to share ownership of the church's land and vast resources. Each faction then took over properties in areas where they were numerically stable.

Streets fight, disputes and legal battles in several courts continued, forcing the state police to close several churches. Court cases between them and against the state continued for years.

The Supreme Court ruled that the Catholicos of the East remains the church's head according to the 1934 constitution.

The Jacobite faction refused to accept the decision and moved the court with newer arguments. But the court in July 2017 rejected the cases, saying their 1934 agreement stood.

The 1934 constitution agreed that the Patriarch of Antioch has no temporal powers in India and that the Catholicos of the East is their head in India.

As such, the court said, the head of the Church in India has complete authority to manage church properties.