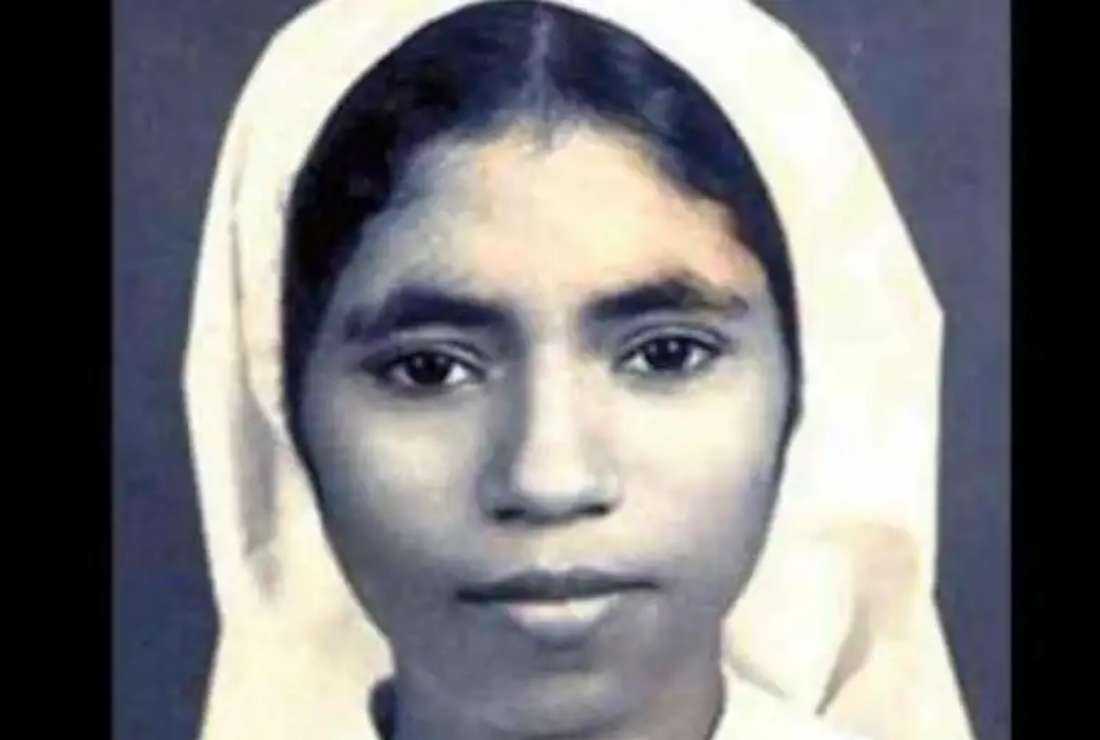 The priest and nun convicted and sentenced to life imprisonment for the 1992 murder of Sister Abhaya (above) were granted bail by Kerala High Court on June 23. (Photo supplied)

A top court in the southern Indian state of Kerala has granted bail to a Catholic priest and nun serving a life term for murdering a junior nun three decades ago.

A Kerala High Court division bench of Justice K. Vinod Chandran and Justice C. Jayachandran ordered them to execute a bond of 500,000 Indian rupees (US$6,380) before being released on bail on June 23.

The court has directed Father Thomas Kottoor, 72, and Sister Sephy, 59, not to leave the state.

The bail order came as a major relief to the Catholic Church in Kerala as it had refused to accept their conviction because it believed they were innocent.

Church authorities did not even initiate the process of removing the priest and nun even though a small section within the community demanded they be laicized.

A special Central Bureau of Investigation (CBI) court had sentenced Father Kottoor and Sister Sephy to life imprisonment on Dec. 23, 2020, for the 1992 murder of 19-year-old Sister Abhaya.

The federal probe agency told the court that the priest and nun had committed the crime to cover up their sex act, which the younger nun accidentally saw while collecting drinking water on the morning of March 27, 1992.

Sister Abhaya's body was found in the well of St. Pius Convent in Kottayam district that same morning.

The priest and nun were also found guilty of destroying evidence. The priest was sentenced to double imprisonment.

The priest and the nun had filed separate appeals urging the court to grant them bail until the pendency of their appeals in the higher court.

Advocates appearing for them questioned the trial court order, saying the defendants were sentenced to life imprisonment despite no evidence. They also argued that if the sentence was not suspended pending the disposal of their appeal, serious prejudice and irreparable injury would be caused to them.

The priest and nun were granted parole of 90 days in May 2021 on account of the Covid pandemic despite opposition from some rights activists.

A Catholic Church official who did not want to be named told UCA News: “We are happy for them. At least they got bail now. They should have got it much earlier.”

The official said they still believe both of them are innocent and will prove it in the higher court.

Sister Abhaya’s murder was one of the most protracted court cases in Indian judicial history after church leaders termed it a suicide.

Social activist Jomon Puthenpurackal founded a civil society group to take the case to its logical end after state police and the CBI initially closed it for want of evidence.