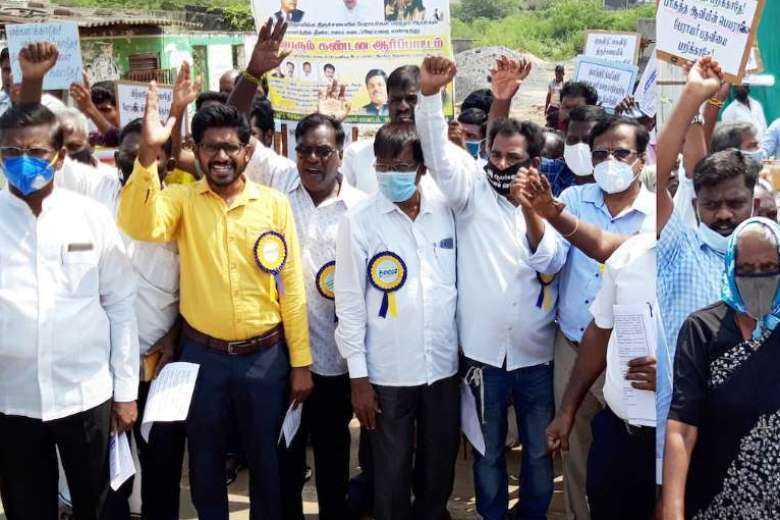 The top court in southern India's Tamil Nadu state has asked Catholic bishops to respond to a petition that accused them of discriminating against socially poor Dalits.

“We tried our level best to educate our bishops to end this practice but they never listened to us and we continue to face humiliation when it comes to the appointment of bishops and other administrative offices of the Catholic Church. We moved the court for a legal settlement to such practices,” Mathew said.

The court scheduled the hearing of the case for July 8 and asked respondents to file their responses before that date.

India has outlawed discrimination based on caste as a criminal offense in 1948 but Catholic bishops were “willfully allowing to exist direct and indirect forms discrimination in the Church,” Mathew said.

“Untouchability and other caste-based discriminatory practices are rampant in the Church,” particularly in Tamil Nadu, Mathew said.

One example is the burial of Dalit Christians.

“They [Dalit Christians] are forced to bury their dead in segregated places in cemeteries and are not on a par with upper-caste Christians,” he said.

On feats days such as All Soul’s Day, the priests offer separate prayers for the departed souls of the Dalit Catholics and those of the upper caste.

Tamil Nadu has some 3.5 million Christians, forming 6 percent of the state’s 68 million people.

The Christian presence in the state is three times higher than the national average of 2.3 percent.

But their representation in Church's decision-making bodies is negligible, according to Mathew.

“We are socially excluded, contrary to the teachings of Christ,” Mathew said.

The national situation for Dalits is no better.

Of some 180 Catholic bishops in India, only 10 are from Dalit communities, he claimed.

“India has four cardinals, but none from the Dalit community. Only two of Dalit origin are among 31 archbishops in India,” he said.

Several such discriminative practices exist within the Church, including in the selection of students for seminaries and convents, he said.

Several Church officials in Tamil Nadu refused to comment on the case when contacted.

“It is a sub-judice matter, we should not be commenting on it,” said one of them, asking not to name him.

The Church leadership will respond to the notice, he said.