India’s Supreme Court has agreed to examine a petition calling for Dalit Christians to be afforded the same social benefits given to Dalit people from other religions and has informed the federal government about the matter.

Scheduled Caste is the official name given to lower castes that are now protected by the Indian government and offered special concessions such as civil service jobs and places in schools.

Christians are currently denied government benefits meant for the social welfare of poor people based on the argument that Christianity does follow the caste system.

The Supreme Court’s decision to review the petition was welcomed by Christian groups. 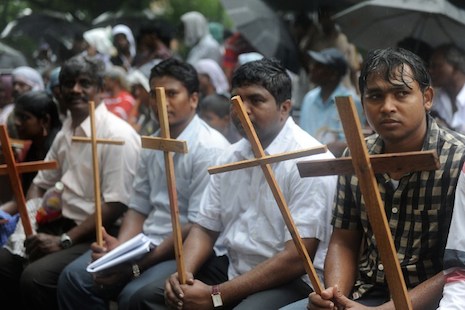 “It is a huge success for all of us as we have been longing for this day for decades. We all know that justice delayed is justice denied,” Father Vijay Kumar Nayak, secretary of the Indian Catholic bishops’ office for Dalits and lower classes told UCA News.

“Different governments have come and gone, all gave assurances but nothing happened but at least now the Supreme Court has agreed to listen to us and we welcome it wholeheartedly,” he said.

“Whatever the outcome of this step, the future of the Dalit Christians looks brighter and we are hopeful that something good comes of this,” Father Nayak said.

The petition also sought for Scheduled Castes to be made “religion neutral.”

Dalit Christians and Muslims have sought Scheduled Caste status since a 1950 presidential order removed privileges given to Scheduled Caste converts who were not Hindus.

But even though the privileges were restored to Sikhs in 1956 and to Buddhists in 1990, Christians and Muslims, who have pressed successive governments for equality for years, have been denied social benefits.

Various commissions appointed by the government have recommended that Dalit Christians and Muslims be included on the Scheduled Caste list, but nothing has happened.

The word Dalit means “trampled upon” in Sanskrit and refers to all groups once considered “untouchable” and outside the four-tiered Hindu caste system. According to government figures, 201 million of India’s 1.2 billion people belong to this socially deprived group. Some 60 percent of India’s 25 million Christians also come from Dalit and tribal origin

Thomas Franklin Caesar, a Supreme Court lawyer and Dalit activist said the failure of repeated demands for equality was very disappointing, “but now since the Supreme Court has taken this step to look at the petition, something positive will come from it.”

“[Christian Dalits] are just demanding their rights which are constitutional and there is nothing wrong with that,” said the activist, who was one of the petitioners.

The restriction was against the fundamental right to equality, religious freedom and non-discrimination, he said.