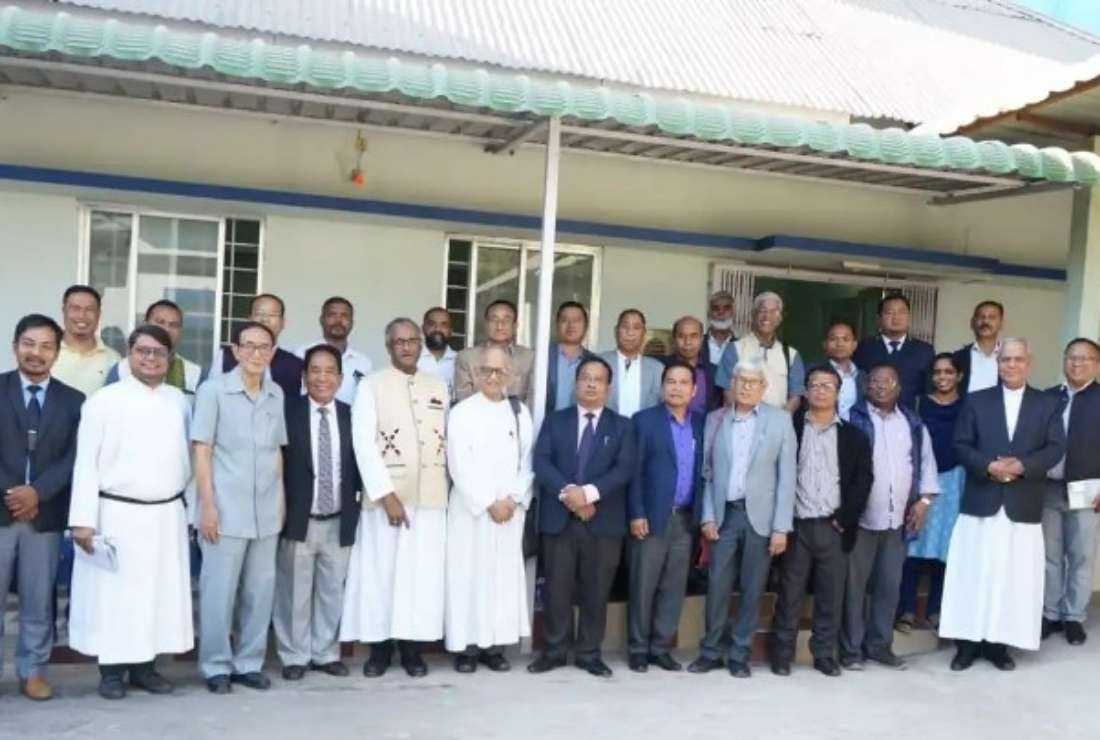 Members of the United Christian Forum of North East India pose for a photograph after their annual meet in Guwahati on Nov. 24. (Photo Supplied)

Representatives of different church denominations in India's northeastern states have expressed concern over the misleading campaign by certain people on the issue of religious conversions.

Around 30 Christian leaders in the region, which has a sizeable presence of Christianity, had gathered in Guwahati, the state capital of Assam, for their annual meet.

The meeting representing all church denominations in the region voiced concern about the recent “painful developments” that falsely victimized Christians, including foreign tourists.

Religious conversion has become a very hot topic of late but there is no truth to it and nobody including governments has any data to back any of the claims, said Archbishop John Moolachira of Guwahati.

“The Church never indulges in such activities nor supports it. Some groups from other parts of the country come here and try to divide people in our region, which we condemn,” he told UCA News on Nov. 25.

Allen Brooks, spokesperson for the United Christian Forum of North East India (UCFNEI) said that “we have been the first to denounce any sort of 'forced' conversion. At the same time, we also affirm the right of every citizen to choose and profess any religion of his/her own choice.”

People in the northeastern states have always been open-minded and liberal, with an eagerness to promote enlightened thinking and refined relationships, he said.

UCFNEI, in a press release on Nov. 24, said its members were pained at the unpleasant incidents that have been reported in the recent past and expressed their solidarity with all those who are trying to settle the problems amicably.

“We appeal to all parties of goodwill to approach the entire matter with a sense of history and fair-mindedness,” the press release added.

It further called for restoring “an atmosphere of peace, collaboration and mutual assistance… in these days of growing political and economic anxieties. United we shall never fail.”