A group of social activists in eastern Indian Patna city has launched a campaign to help school students deepen their commitment to India's secular constitution in the face of increasing cases of religion-based intolerance.

"We want to interact with students to deepen their knowledge and commitment to constitutional norms and values," said Jesuit Father Philip Manthara, coordinator of Forum for Citizens’ Rights.

The forum is engaged in training students in Bihar's higher secondary schools. They have already covered some 1,800 students in six schools in and around the capital Patna.

It stresses the "sovereign, socialist, secular, democratic republic" values enshrined in the preamble of the constitution.

"Our resolve is to empower the citizens of our country, especially the young, through the education of rights and duties in order to make India a vibrant and mature democracy, ensuring the citizens justice, freedom, equality and fraternity, for the creation of an inclusive society preserving and strengthening at the same time pluralism and diversity," Father Manthara said.

This comes at a time when media reports show that cases of intolerance against religious and ethnic diversity in the country have increased after the pro-Hindu Bharatiya Janata Party (BJP, India peoples' party) came to power in May 2014.

Hardline Hindu groups, who are working to make India a Hindu-only nation have stepped up violence against religious and ethnic minorities emboldened by the BJP victory, which they saw as a mandate for their actions, reports say.

Father Manthara said while "religion and caste divides, the constitution unites. That is why it is important."

The four-hour program consists of a general introduction to the constitution and a test on the preamble, with awards given to  top scorers. A team of lawyers and experts, including grassroots activists and church workers lead the program.

Adhithi, a ninth-grade student of St. Joseph's Convent High School said the program helped her "appreciate the hard work of the experts who framed the constitution for the building up of the nation."

The forum had held its first classroom interaction at this school three months ago.

The drafting of India's constitution was completed Nov. 26, 1949, a date observed each year as constitution day. The document was promulgated on Jan. 26, 1950, which is celebrated as Republic Day. 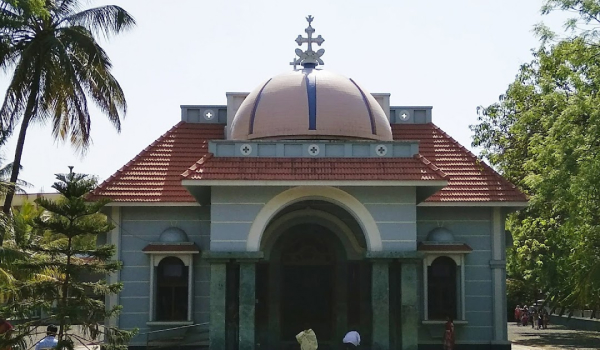