Prime Minister Narendra Modi, along with politicians and activists, offered condolences on death the of Oscar Fernandes 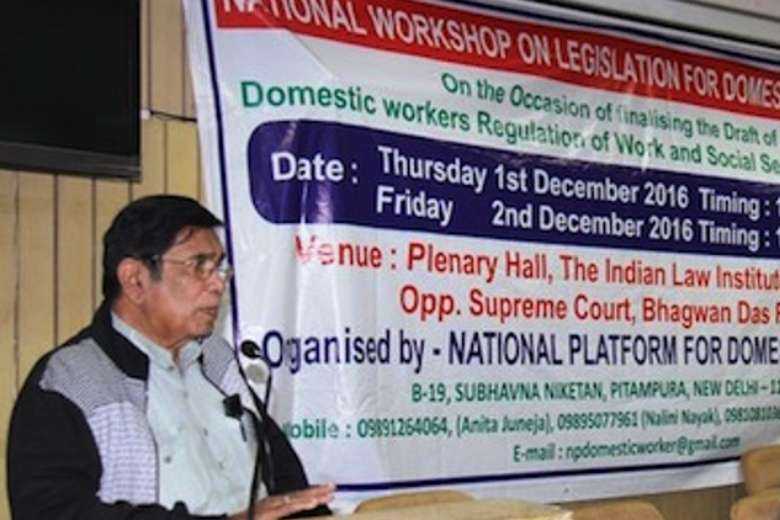 Fernandes, 80, died in a hospital in his hometown Mangalore city in southern India, where he was undergoing treatment after a fall in July.

The Catholic politician is survived by his wife and two children.

Fernandes had served as a federal minister of road transport and highways, besides overseeing a number of portfolios such as statistics and program implementation, overseas Indian affairs, youth, and sports affairs, and labor and employment during the previous United Progressive Alliance (UPA) regime during 2004-14.

He had represented the Karnataka state's Udupi constituency for five consecutive terms from 1980 to 1996 and later was nominated to the upper house of parliament in 1998 and 2004.

Fernandes was considered to be close to the Congress party’s top leadership including Sonia Gandhi, Rahul Gandhi and Rajiv Gandhi whom he served as a parliamentary secretary. He was previously the party’s national general secretary and president of its Karnataka state unit.

“I often interacted with Fernandes and always felt he put the interests of the people as a priority. He was genuinely selfless,” Cardinal Oswald Gracias, the Archbishop of Bombay and president of the Catholic Bishops' Conference of India in a condolence message.

“The Congress party has lost a pillar. The country has lost a true patriot who gave his all for the nation” said Cardinal Gracias said while remembering Fernandes as “a staunch Catholic” who “always upheld Gospel values in public.”

Prime Minister Narendra Modi in his message said: “In this sad hour, my thoughts and prayers are with his family and well-wishers. May his soul rest in peace.”

Former Prime Minister and Congress leader Manmohan Singh said he was deeply shocked and saddened to learn about the sudden and untimely demise of Fernandes. “With his hard work, pleasant nature and popularity he became one of the tallest leaders of the Congress Party from Karnataka who helped the Congress Party in making many important decisions,” Singh said.

Congress leader Rahul Gandhi said in a tweet that the death of Fernandes was a personal loss for him. “He was a guide and mentor to many of us in the Congress party. He will be missed and fondly remembered for his contributions,” he said.

Fernandes was born on March 27, 1941, and was one among 12 children of Rockey and Leonis Fernandes. He grew up with a strong Catholic background. As a child, he was an altar boy and participated in Church activities as a youth.

He studied at St. Cecily’s convent school, Board high school and Mahatma Gandhi Memorial College in Udupi town. Fernandes started his political career as a member of the local municipal council in Udupi in 1972.

He was married to Blossom Mathias Prabhu on Aug. 26, 1981 and the couple has a son, Oshan, and daughter Oshanie.

Human rights activist A C Michael said Fernandes was ever smiling and a simple man, who would work long hours due to his fitness earned through the practice of yoga. “When he was a federal minister in the Manmohan Singh cabinet he used to meet visitors late till 2 am,” he recalled.

The Catholic Church had lost “an important interlocutor” who was a “friend to even his critics,” said John Dayal, an activist and spokesperson of the All India Catholic Union (AICU).