However, the proposed maternity leave for female students does not find favor with Christian leaders in Kerala state 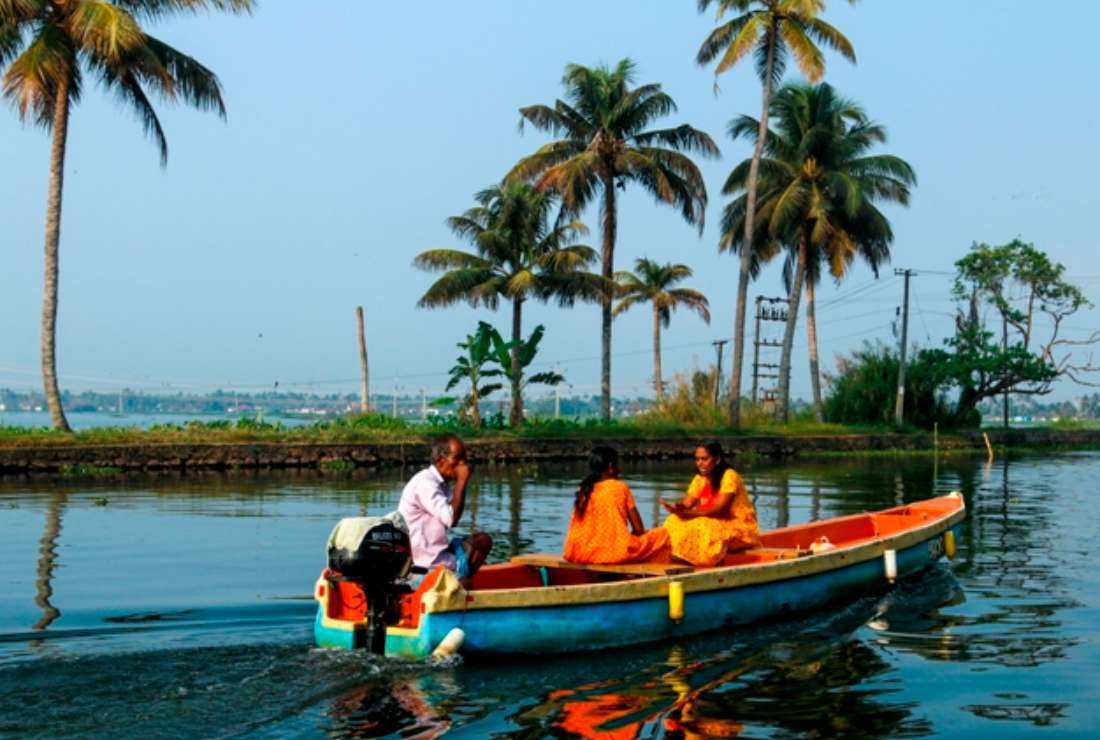 In this picture taken on March 21, 2022, women travel by boat on the backwaters of Alappuzha, Kerala. (Photo: AFP)

Christian leaders have hailed the move by a communist-led state government in India to introduce menstrual leave for female students in government-run higher education institutions.

They, however, were skeptical of the state government’s plan to provide 60 days maternity leave to students aged 18 and above in southern Kerala state.

She said the government order also allows a maximum of 60 days maternity leave to female students aged 18 and above.

According to him, the decision would lead to a reduction of 2 percent in the mandatory compulsory attendance of 75 percent required for female students.

“It will be a big relief for female students who otherwise had no choice of seeking condonation of their absence from classes,” Father Palakkappilly told UCA News on Jan. 23.

However, did not agree with the plan to allow maternity leave to students. "They are supposed to focus on their studies," Father Palakkappilly said.

The KCBC women's commission lauded the move but disagreed with the provision for maternity leave.

“As a woman and mother of a daughter, I understand the difficulty of a girl dealing with her menstrual period, especially the first two days,” said Jane Ancil Francis, secretary of the KCBC women's commission.

She dismissed the criticism that such leaves would disclose the menstrual dates of a girl to the public. “That's fine. It is a biological process and there is no need to keep it secret.”

Openness is always good for others to understand it and provide girls enough space to cope with it, she noted.

“Menstrual leaves should also be introduced for all working women,” she suggested. “But I don’t understand the logic behind granting maternity leave for students,” she added.

The move by the Kerala government came as the top court in the country is expected to take up a public interest litigation, filed on Jan. 10, seeking menstrual leave for all working women and female students across the country.

Christianity is the third largest religion in Kerala, accounting for 18 percent of Kerala’s 35 million population and the Church runs several higher education institutions in the state.

The government is taking a cue from the Cochin University of Science and Technology (CUSAT) which introduced the leave for girl students on Jan. 11 following a long-pending demand from its girl students.