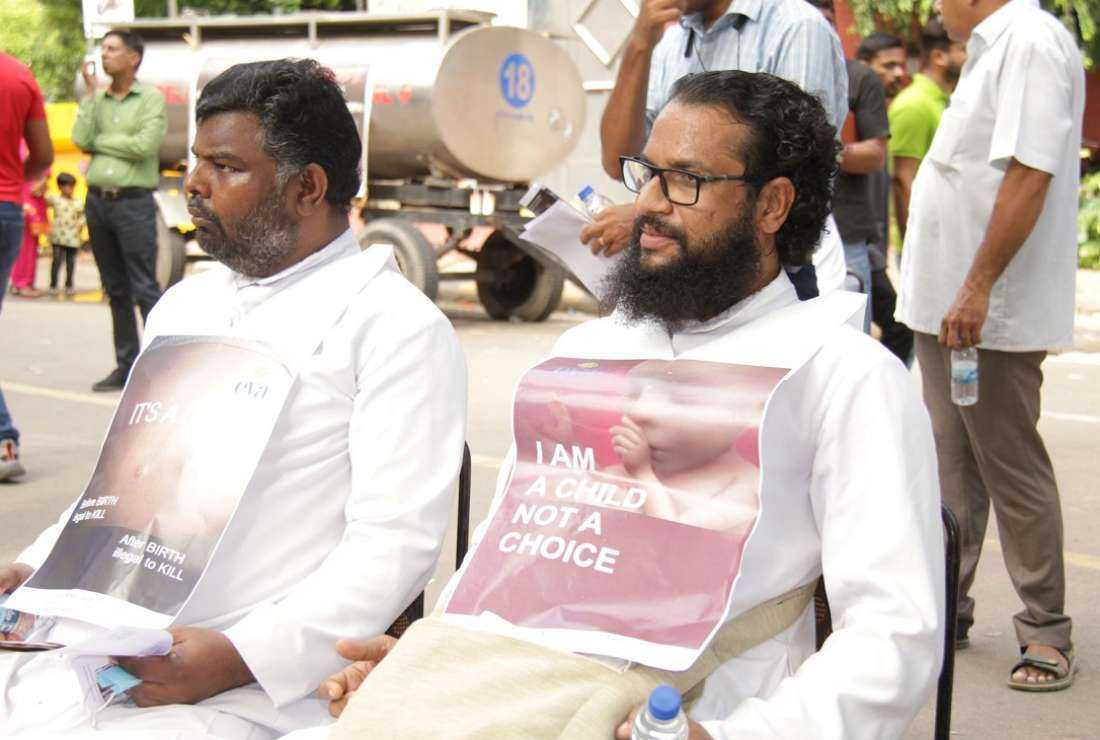 Pro-life activists and Christians gathered to observe the first National March for Life in New Delhi on Aug. 10.

The day also marked the 51st anniversary of the passing of the Medical Termination of Pregnancy Act which legalized abortion.

Some 100 people from across the country assembled at Jantar Mantar, a place allotted by the government to hold protest marches, holding placards against abortion, singing Christian hymns and reciting prayers to end abortion.

The protesters including a bishop, priests, nuns and laity observed a “Day of Mourning” in memory of the millions of aborted fetuses across the world.

The march was followed by prayers and a Life Gala at Sacred Heart Cathedral hosted by the Archdiocese of Delhi.

" Being a Christian, at least we can try in our capacities to help stop this practice in our country"

“We are lucky because we are alive today and have gathered here. It is our moral obligation as well as a sacred duty to pray that people will be inspired by God to stop abortion,” Auxiliary Bishop Deepak Valerian Tauro of Delhi and chairman of the Pro-life Commission in Delhi archdiocese said in his address.

“We have been praying for the war in Ukraine to come to an end. Let us also pray that the unjust killing of innocent and helpless children in wombs also comes to an end,” the prelate said.

“Abortion takes place around the world and India is no exception. Being a Christian, at least we can try in our capacities to help stop this practice in our country,” Joseph John, a pro-life activist from the western state of Maharashtra, said.

Recent studies revealed that there are 15.6 million abortions in India each year. The abortion law was amended in 2003 to enable women to have better access to safe and legal abortion services. There were further amendments in 2021 to allow women to seek safe abortion services on the grounds of contraceptive failure and an increase in the gestation limit to 24 weeks for special categories.

It is a scientific fact that life begins at the moment of conception. Advancements in science have shown that babies born prematurely and delivered as early as 22 weeks have survived outside the womb.

A press release by the activists said that the baby’s heart begins to beat as early as 21 days. By 10 weeks, the child’s vital organs have developed and start to function and tiny nails begin to form on the hands and feet. At 20 weeks, the child’s nervous system is developed enough to feel pain.

Research by the University of Toronto shows that babies at this stage can feel pain in the womb — even with greater intensity than adults. Almost all mothers feel the baby's movements at this time of pregnancy.

As the weeks progress the baby grows in size and other functions in the child's body mature and develop further. However, from the moment of conception that child by the very nature of being a human deserves human rights of which the right to life is paramount, the press statement said.