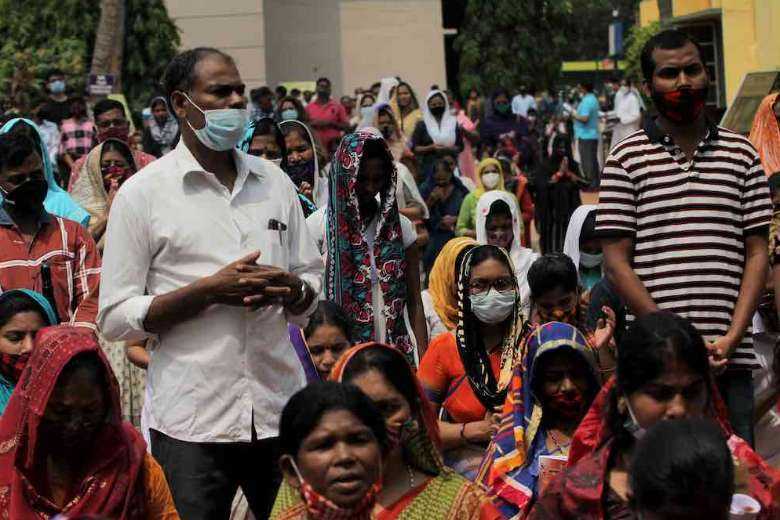 Christians in India have put aside their denominational differences to launch a national day to stress their unity and shared culture against a backdrop of increased hostilities in the country.

The first Indian Christian Day was observed with special prayers on July 3, the feast of St. Thomas, the apostle of Christ, who according to tradition evangelized Indians as early as 52 AD.

Catholics, Protestants and Orthodox groups campaigned through social media with prayers, songs, sermons and video clips to stress Christian unity and the centuries-old history of Christianity in India.

“It should not be a one-day affair but has to become an everyday affair,” said Archbishop Leo Cornelio of Bhopal in Madhya Pradesh state, a hotbed of anti-Christian attacks.

“Christians are part and parcel of the ethos of this great nation, but unfortunately attempts are being made to project us as foreigners who came with colonial powers,” Archbishop Cornelio told UCA News on July 5,

The annual day should tell those who divide people into patriots and anti-national based on religion that “Christians existed here as long as they existed anywhere else and we are as much Indian as followers of other religions,” he said.

This will help us rekindle the memories of St. Thomas, the disciple of Jesus

It should stress that “Christianity has been part of Indian culture and civilization before the Portuguese and British came here,” he added.

The event also aims to underline that Christians, although a tiny minority of 2.3 percent of India's population, have contributed “immensely in the nation-building process, especially in the education and health care of the poor,” Archbishop Cornelius said.

Shibu Thomas, the founder of Persecution Relief that takes stock of Christian persecution in India, said the national day is “a great initiative” because “it helps us all come together as one.”

“This will help us rekindle the memories of St. Thomas, the disciple of Jesus. It will help us lay down our lives for Jesus if required,” Thomas told UCA News on July 5.

“This day has broken the barriers of denominational differences and has also given us a hope to stand together as one, shedding all other differences.

"Christianity has been an integral part of Indian history for the past 2,000 years and has given rise to many indigenous forms of Christian life.”

Public programs of the first national day were limited to prayers because of Covid-19 restrictions.

Christian leaders said they plan to build awareness among Christians of the need to stress their Indian cultural roots to counter a narrative that projects them as people following a foreign culture.

Christians often face attacks and harassment, particularly in rural areas, from people accusing them of following a foreign culture and religion opposed to the Hindu religion.

“Christian missionaries who came from abroad never worked against the interests of our nation but helped us focus on a better life,” Archbishop Cornelio said.

“This celebration will definitely help us remember our roots and get reconnected and live as better Christians irrespective of our denominational differences.”

Right-wing Hindu groups who aim to make India a Hindu-only nation oppose Christians and their missionary work. They claim such work is anti-national and aims at religious conversion of the poor to Christianity.

At least seven states have laws criminalizing religious conversion despite the Indian constitution guaranteeing every citizen the right to profess, practice and propagate a religion of choice.