Assam state cops have been collecting details about Christians, their churches, institutions, and conversion activities 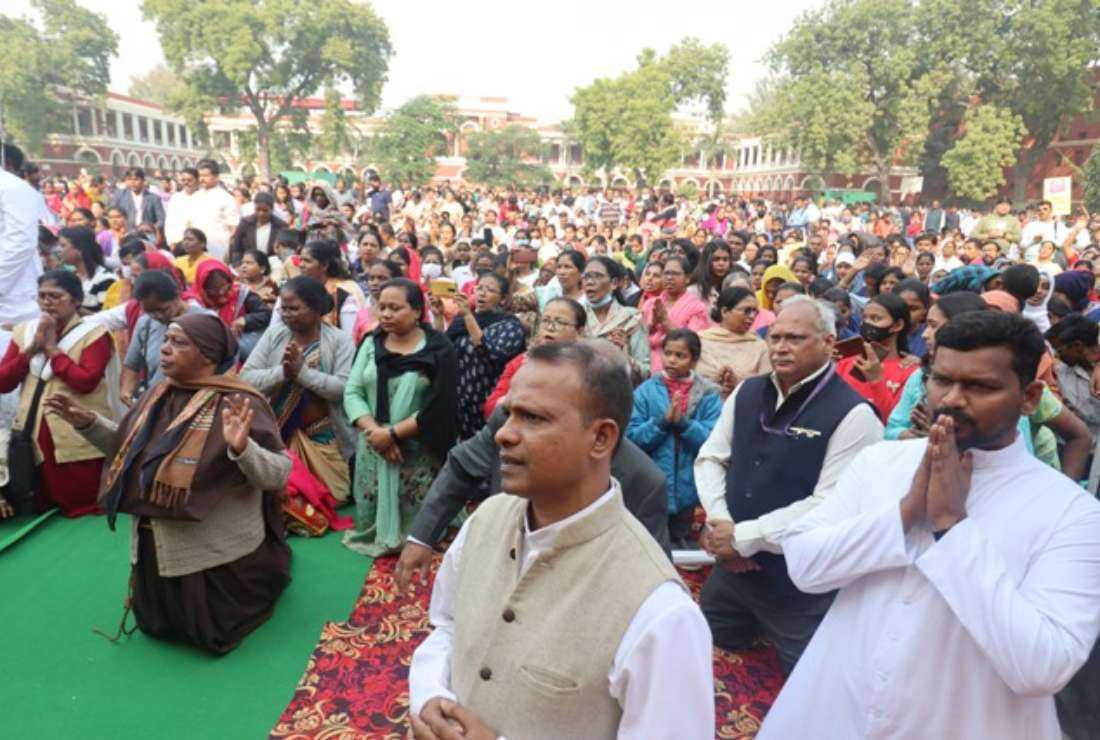 Catholics pray during a Christ the King festival procession in New Delhi on Nov. 20, 2022. (Photo supplied)

A Christian group in northeast India's Assam state has demanded a halt to a clandestine survey by police to gather details on the community, their churches, other institutions, and so-called religious conversion activities.

The United Christian Forum (UCF) in Golaghat district wrote to Chief Minister Himanta Biswa Sarma on Jan. 20 urging him to issue a directive to the district’s police to stop harassing Christians.

Police denied undertaking any such survey with Dipak Tamuly, deputy superintendent of police, Golaghat district, telling local media that “no survey of Christians or their churches is underway.”

The UCF petition signed by its president, Jiden Aind, and secretary, Leader Toppo, alleged that some police officers were involved in collecting information about churches, their leaders and conversion activities in the district.

"This sort of harassment has been reported across the state"

The information has been collected since Jan. 2 through personal visits, or through messages sent on cell phones, which has left Christians in Golaghat “confused and disturbed,” they added.

“Therefore, we humbly request you to kindly intervene and address our grievances. As a peace-loving and serving community we ask you to abide by the constitutional guarantees,” they said in the petition to the chief minister.

Aind told UCA News on Jan. 24 that the community “is quite scared as to why the police are asking such information and collecting details about them.”

Allen Brooks, the spokesman of the Assam Christian Forum, said that this sort of harassment has been reported across the state, especially in rural areas.

“This was despite an assurance given to us by the chief minister on Dec. 23 last year that his government is against such intimidation,” he told UCA News.

"We request all Christian groups to connect with us"

Brooks said the UCF petition sent to the chief minister is a manifestation of the pain and anguish felt by the state's Christian community.

Brooks called upon all Christians “to stand together and respond collectively.”

“Unity is the need of the hour. We request all Christian groups to connect with us and keep us informed so that we can coordinate and put up a united response,” he added.

Sarma who belongs to the pro-Hindu Bharatiya Janata Party said his administration did not want any survey of Christian activities.

“I completely dissociate myself from the [police] circular,” Sarma told reporters when asked about the circular, issued by the police department in Assam, on Dec. 16.

The circular required police across all districts in the state to complete the survey by Dec. 22.

Christians in Assam make up 3.74 percent of the state's 31 million people, as against the national average of 2.3 percent.