Jesuit Father Stand Swami was remembered on his first death anniversary for his lifelong struggle and tragic death, for a just world 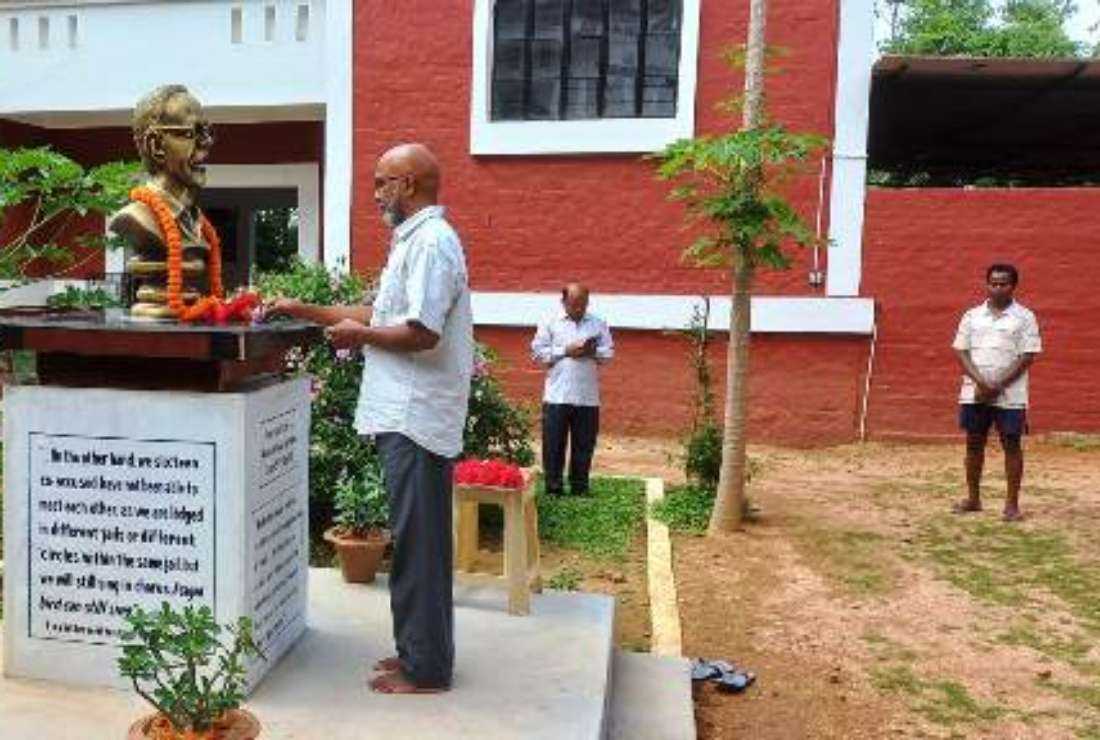 Indian Christians along with civil society observed the first death anniversary of Father Stan Swamy, a Jesuit priest and tribal rights activist who died in custody, on July 5, 2021.

Swamy was arrested in the highly controversial Elgar Parishad case and suffered from serious health complications while in custody. He was denied bail repeatedly and died while in custody for which his co-prisoners and lawyers blamed the state for not allowing adequate medical help to reach him on time.

A year later, protesting against alleged state apathy and lack of accountability, 11 of his co-prisoners observed a day-long fast on the anniversary of Father Stan’s passing.

In Ranchi, the capital of eastern Jharkhand state, which the Jesuit priest called home for over three decades, a rally was held at Albert chowk in the heart of the city.

In the national capital Delhi, a memorial lecture was organized by the Federation of Associations of the Catholic Archdiocese of Delhi. It was attended by priests, nuns, academics, activists, lawyers, and the laity.

Neera Chandhoke, an academic and author, in her keynote speech, traced the origins of the Indian Constitution and dwelt upon the rights of citizens.

She regretted that the judges refused to see that the elderly priest, suffering from Parkinson's disease, had difficulty eating and drinking in prison and denied his request for a straw to sip liquids.

“The tragedy is that when bail was the norm he was denied it and he was left to die in custody,” Chandhoke said.

Father Denzil Fernandes, executive director of the Indian Social Institute, in New Delhi, said: “Like Father Stan, we are in solidarity with civil society leaders like Teesta Setalvad, RB Sreekumar and Sanjiv Bhatt, who are in jail for the cause of social justice and freedom of expression.”

Father Swamy was jailed on Oct. 9, 2020, after being arrested by the National Investigation Agency, India’s premier anti-terror agency, at his home in Ranchi.

He was among 16 accused and put behind bars in connection with a public meeting held in Pune, a city in western India, on the eve of the Bhima-Koregaon violence that left one person dead and several others injured.

The elderly Jesuit priest was accused of collaborating with outlawed Maoist insurgents to overthrow the federal government and charged under the provisions of India’s stringent Unlawful Activities Prevention Act.

Father Stan denied all the charges. Catholic bodies and rights groups protested against the government action, calling it retribution for the priest’s long crusade against the state for safeguarding the rights of indigenous people in Jharkhand.