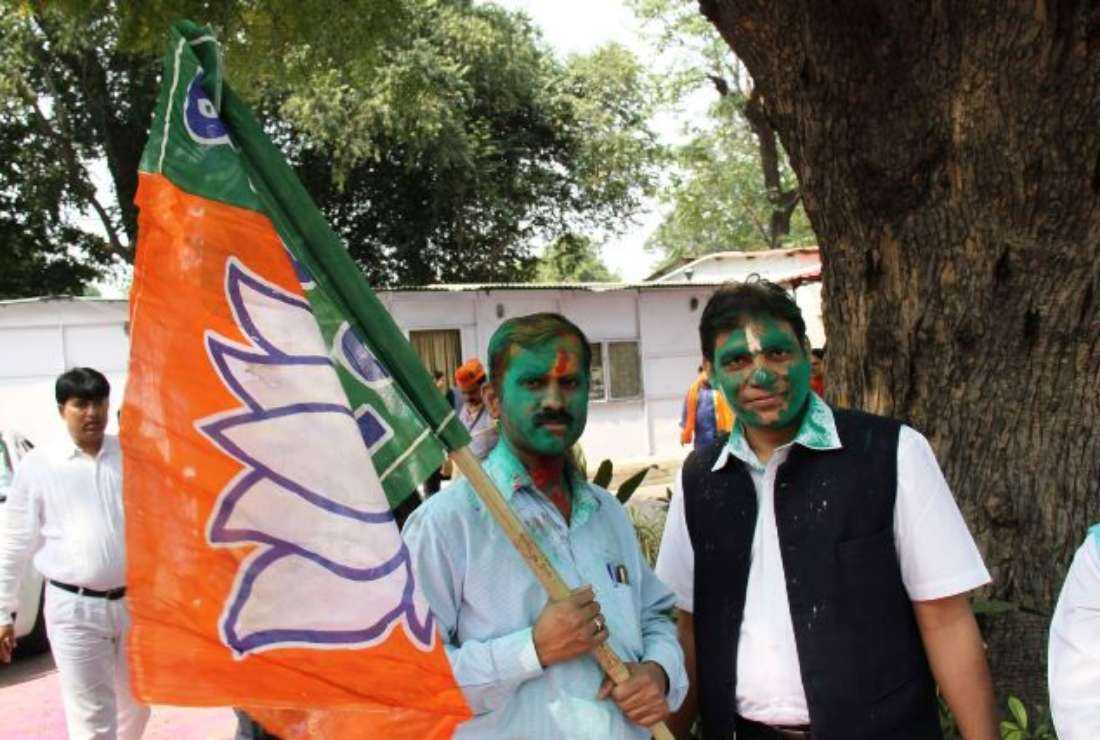 Workers of India's Bharatiya Janata Party celebrate their party’s win in the general election, in New Delhi in May 2019. Most provinces ruled by the pro-Hindu party have an anti-conversion law in place. (Photo: Bijay Kumar Minj/UCA News)

A group of Christians in the northern Indian state of Himachal Pradesh has filed a petition in the state high court challenging a bill forbidding “mass conversions.”

The state already has an anti-conversion law in place but with the latest bill, it has sought to ban mass conversion, described as two or more people converting at the same time while also raising the punishment for a change of religion through force or allurement to a maximum of 10 years from seven years.

“A group of Christian leaders in state capital Shimla filed the petition and the high court has listed it for hearing on Aug. 17. We are hopeful of getting justice,” Reverend Sohan Lal, the Presbyter of Christ Church in Shimla, told UCA News on Aug 14.

Pastor Lal said the law was not required as one existed in the state since 2006 and another one was passed in 2019. The government’s contention that the old laws were insufficient to check conversion activities was not true, he added.

“The state is going to hold provincial elections by the end of this year so the ruling BJP is trying to show people that it is serious about curtailing so-called conversion in the state,” he added.

A.C. Michael, the convener of the United Christian Forum, told UCA News that the enactment of anti-conversion laws by Indian states no longer surprises him. “It would be good to know how many have been convicted for conversion through force or fraud," he asked.

Michael said he failed to understand what the government meant by mass conversion and if it could place any evidence of it in the public domain.

“Where do such conversions take place? Only an individual can change his faith that too because of the inner calling one has received,” he said.

Christian leaders are hoping the judiciary will seek evidence from the state government for its claims of rampant instances of individual and mass conversion, the use of force and allurements, or fraudulent means.

Chief Minister Jai Ram Thakur who introduced the bill in the state assembly said it was a much more stringent version of earlier law dating back to 2006, which was replaced by a 2019 Act.

The BJP has been a vocal supporter of anti-conversion laws and a majority of states ruled by it have introduced similar measures.