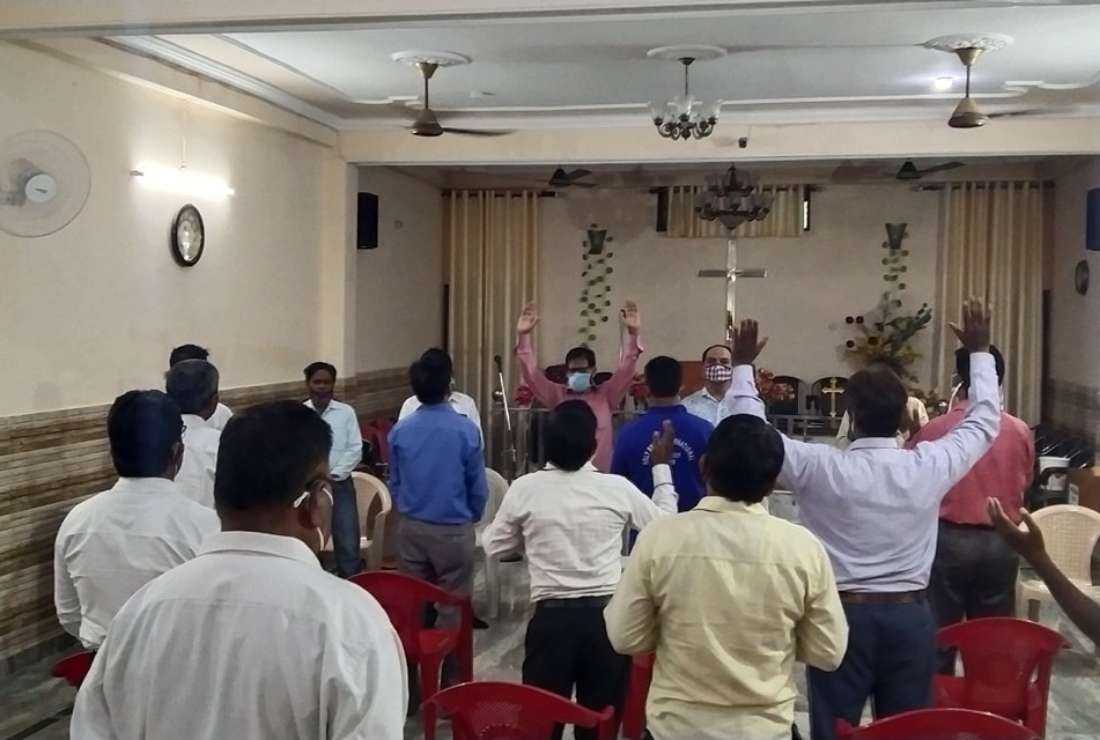 Christian devotees participating in a prayer meeting in the city of Kanpur in Uttar Pradesh. (Photo: Facebook)

A group of Christian pastors in the northern Indian state of Uttar Pradesh has appealed for the release of some 30 fellow pastors incarcerated in different jails across the province.

Pastor Jitendra Singh, general secretary of the Pastors’ Association, Uttar Pradesh, told UCA News that all of them were falsely charged with indulging in religious conversions.

Most of the arrests were made after the state’s pro-Hindu Bharatiya Janata Party (BJP) government criminalized religious conversions through allurement, force, or coercion among other means, by enacting an anti-conversion law in February 2021.

“We want justice for the pastors who have been victims of persecution by Hindu nationalists,” Pastor Singh told UCA News on Nov. 7.

The group has sought the intervention of the police commissioner in Kanpur city to protect the Christian pastors from harassment and persecution.

The pastors in their memorandum have alluded to how the hardcore nationalists groups and individuals disrupt Christian prayers gatherings, ransack churches and prayer halls, destroy copies of the Holy Bible and manhandle pastors, priests and nuns, by citing violations of the state’s anti-conversion law.

The pastors also urged the police commissioner to provide protection to the community members and their places of worship.

Police Commissioner Bhagirath P Jogdand has assured the group that he would look into their grievances.

“Persecution of Christians has increased since the anti-conversion law came into being,” Brother Joy Mathew says adding that this was since the BJP government came to power.

“Many Christian leaders were sent to jail, but so far no one has been convicted as the cases do not stand legal scrutiny in the court. We proclaim the Word of God strictly within the purview of the constitutional safeguards and the state’s laws but those attacking us are violating the legal and constitutional mandate. They must be punished,” he added.

Uttar Pradesh is India’s most populous state with 200 million people. Christians make up 0.18 percent of its population.

Data on Christian persecution collected and released by the rights group, United Christian Forum reveals that the number of violent incidents against Christians rose to 486 in 2021 from 279 in 2020.

The Supreme Court on Sept. 1 directed the federal government to verify allegations of the attacks on members of the Christian community, and asked eight states including Uttar Pradesh, with the maximum number of such cases, to submit reports within two months on the action taken on each complaint.