Sister Mary Mercy, a member of the Franciscan Immaculate Sisters, was found hanged at her convent chapel 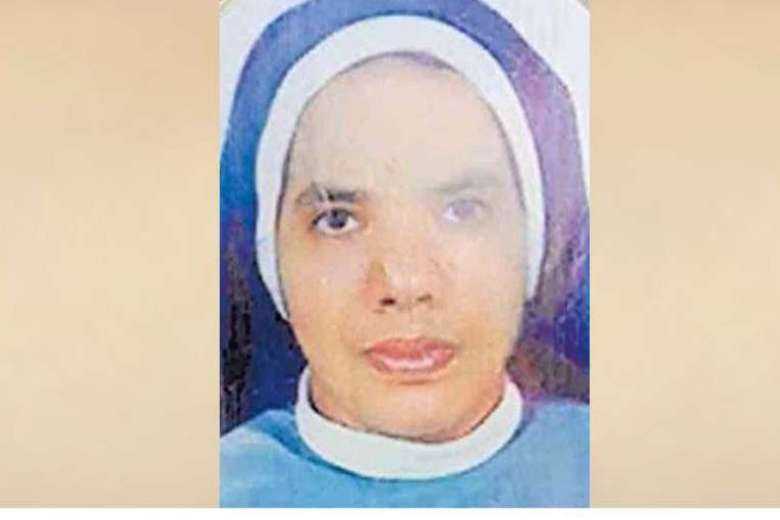 Sister Mary Mercy, a member of the Franciscan Immaculate Sisters, was found dead in her convent chapel in Jalandhar Diocese in Punjab state, India, on Nov. 30. (Photo supplied)

A group of Catholics have urged the Conference of Religious India (CRI) to investigate the recent suicide of Sister Mary Mercy, a member of the Franciscan Immaculate Sisters.

A letter signed by senior nuns, theologians and laywomen said it would be helpful to “find out what needs to be done in order to prevent the repeated occurrence of these sad and traumatic incidents” among nuns.

It further suggested that the CRI send a fact-finding team to her convent in Jalandhar Diocese in the northern state of Punjab to ascertain the facts of the case.

Sister Noellz De Souza, a member of Missionaries of Christ Jesus who is among the signatories to the letter, told UCA News on Dec. 8 that “the audit finding will help religious congregations to develop a mechanism to deal with such situations.”

The Dec. 8 letter addressed to Apostolic Carmel Sister Maria Nirmalini, the newly appointed CRI president, pointed out that the death of Sister Mercy was the latest among “nearly 20 reported suicides since 1987 involving novices and sisters serving in Catholic religious communities mostly in Kerala, a southern state.

“It troubles us, and we ask ourselves why some young women who join religious life with so much joy and eagerness to serve God and people end up taking their own lives,” the letter said.

For those bereaved by the suicide of a loved one, the experience is not only very traumatic but also stigmatizing

Thirty-year-old Sister Mercy was found hanging from a window of the convent’s chapel on Nov. 30. Her family members have sought a police investigation suspecting foul play behind her death, a charge denied by the congregation.

The letter underlined how suicides and suicide attempts have a ripple effect that impacts families, friends and communities, including religious communities.

“For those bereaved by the suicide of a loved one, the experience is not only very traumatic but also stigmatizing,” the letter added.

It further sought that religious communities must be helped to recognize the warning signs early on and need to provide a supportive environment for community members to seek mental health support in a timely manner.

Suicides are preventable and much can be done to prevent them at individual and community levels, the group said.

“Media coverage often reflects hesitation of congregations and church leaders to report the news and this leads to delay in investigations besides suspicion on the cause and circumstances leading to suicide,” the letter said, adding that this only serves to add unnecessary speculation besides more pain and anguish to the loved ones.

The letter also urged the CRI to insist every congregation put in place a mental health policy and action plan in consultation with professionals and actively work to promote and nurture the mental and spiritual well-being of their members.

The signatories also called on the CRI to “create a network of helplines, preferably of women religious with counseling skills, and publicize the same so that sisters in distress can be counseled, accompanied and assisted in dealing with the congregations and if necessary, family members.”

In the extreme event of death by suicide, congregations must be encouraged and supported to conduct suicide audits to learn lessons and inform prevention plans. They could also network with NGOs and Catholic associations for the well-being of nuns and to avoid future suicides.

DESMOND COUTINHO
My wife attended as Special Guest an International Suicide Prevention day at a Church in Kerala some years back. She spoke in English but when she raised the issue of the number of nuns being raped by clerics and driven to suicide the translations into malayalam stopped to be replaced by something more anodyne. The problem being some understood english and malayalam. The reason the suicides happen is because of the culture of rape sodomy perpetrated by the indian clergy and until that is addressed no counselling is really going to cut it. The problem is a raping church that refuses to reform.
Reply

DR SR NAMEETA RENU OCV
The vocation scenario in the West is rapidly replicating itself in India. Over the decades, apostolic religious life received a lot of attention in vocation promotion. Other types of consecrated life were excluded, until very recently. I am not surprised when religious sisters share that they would have made another choice if only they had been familiarised with religious congregations with a different outlook towards their lifestyle, the degree of interaction with the world, emphasis on contemplation/action, etc. Several even say that they had never heard about other canonical options such as hermits, order of consecrated virgins, secular institutes, societies of apostolic life, etc. Besides, we cannot forget to mention the lay associations and movements that have celibate members with private vows. There are also individual women who take private vows and still serve the Church and Society. Nowadays, options for married couples to lead committed lives of service are also emerging. Most seminaries do not teach the future priests and other students about the variety of these options. So too with vocation promoters in most dioceses. It would not be true to say that members of these other vocational options do not have their own problems, but most of them do not have a lot of regimentation in their lifestyle. Unfortunately, a few leaders in the Church seem to feel threatened with these other options wherein women are more free. I think youth have a baptismal right to be familiarised with various vocational options instead of being informed only about apostolic religious life. Consecrated life is a wide umbrella that covers many types of vocations, but the Church in India tends to categorise everyone as clergy, religious, and laity. The word "religious" is used as a synonym for "consecrated life" which is a kind of hermeneutical violence towards other vocations that have their own identities. Perhaps people will wake up when members of these other varieties of consecrated life start commiting suicide out of frustration with the indifference, discrimination, and rejection they experience? Or maybe their stories will never be publicised like that of religious. The vocational scenario in India is sickly. It needs deeper research, diagnosis of the problem, and healing.
Reply