Catholic journalists pledge to be more responsive and effective communicators 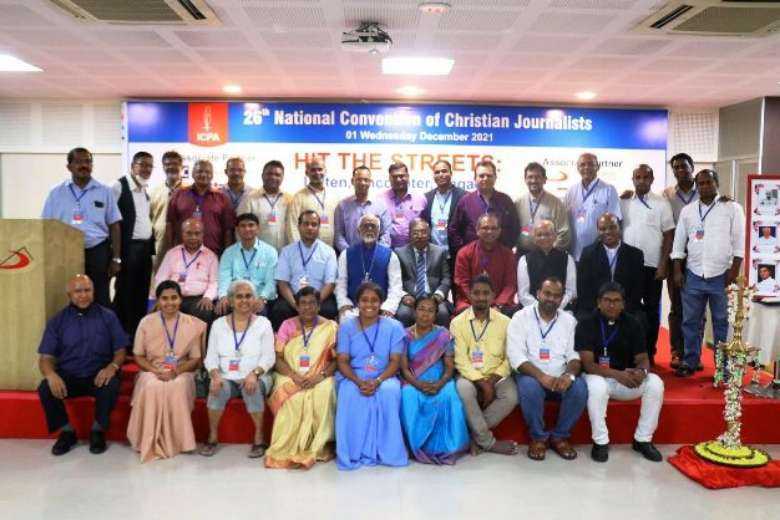 Catholic communicators in Asia vowed to continue working among the least of their brothers and sisters in society at their recently concluded conclaves held in India and Thailand.

The 26th National Convention of Christian Journalists in India held in its financial capital Mumbai on Dec. 1 urged communicators to hit the streets and listen to the people and their concerns.

The meeting organized by the Indian Catholic Press Association (ICPA) after a gap of two years due to Covid-19 was attended by more than 30 journalists from across the country.

Its theme "Hit the Streets: Listen, Encounter, Engage" was based on Pope Francis’ message for the 55th World Communications Day 2021, which focuses on “Come and See (Jn 1:46): Communicating By Encountering People Where and as They Are.”

The Catholic journalists pledged “to listen, encounter and engage to make our communication more effective and responsive; we also vow to hit the streets until truth, justice, reconciliation and peace prevail.”

A statement issued by ICPA president Ignatius Gonsalves said that “a sizable section of the media has failed miserably to exercise its sacred responsibility of being a watchdog … It is no more free, frank and fearless in its duty. We witness and experience a pliable media which is corrupt and divisive; it is spewing and spreading hate, half-truths and lies.”

Earlier, more than 100 participants from 14 countries attended an online seminar on the theme “Partnering with People-centered Development Initiatives” organized by the forum of the  of Asian Bishops’ Conferences – Office of Social Communication in Bangkok on Nov. 24-25.

Church communicators saw a need to reaffirm their support to the voiceless, especially when the world was changing faster in a multitude of ways.

A press statement issued after the event said the role of communicators “is crucial as the poor, marginalized and displaced are exploited and underserved are pushed even further away from, and denied the resources and support, that they are entitled to as persons with rights and dignity.”

India is ranked 142 among 180 countries on the World Press Freedom Index 2021 published by Reporters Without Borders (RSF), a not-for-profit international body, which described it as one of the most dangerous countries for journalists.

The ICPA, an association of Catholic newspapers and periodicals, news agencies and publishing houses, journalists and teachers of journalism, is one of the oldest and most active Catholic press organizations in Asia.

Founded in 1963 by editors of three dailies —  Deepika, Kerala Times and Thozhilali — and five weeklies — The Examiner, The New Leader, The Herald, Sanjivan and Raknno — the ICPA now has over 110 members, including some of the country’s leading Catholic periodicals and publishing houses and several Catholic journalists and teachers of journalism.