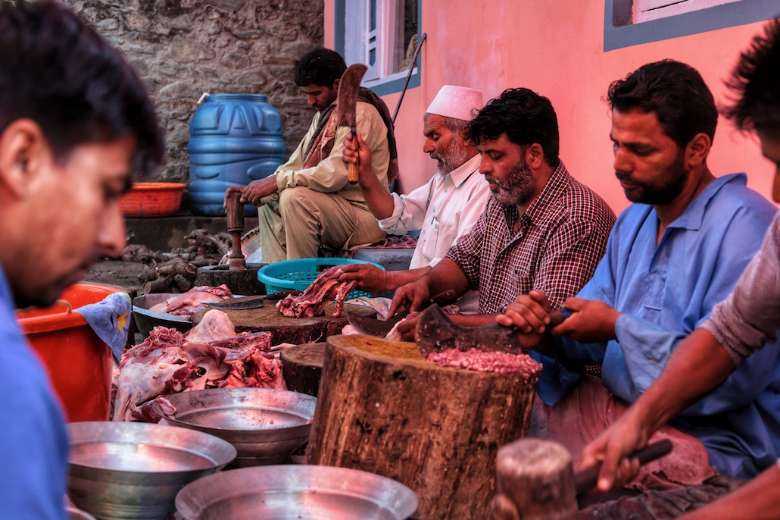 Chefs prepare mutton for a Muslim marriage ceremony in Baramulla in Jammu and Kashmir on July 2. Muslims are among minorities who face discrimination in India. (Photo: AFP)

India’s oldest lay Catholic organization has called on the federal government to stop state and non-state agencies from targeting minorities.

The working committee of the All India Catholic Union (AICU), in a press note issued on July 4, expressed particular concern over the targeted hate and violence unleashed against Muslims on the Maldives islands recently.

It also mentioned “the persecution of small rural Christian communities in several states” across the country reported by national and international rights institutions including India’s minority commissions and United Nation bodies.

Fake news, often state sponsored, besides fabricating and misrepresenting Covid-19 data including that of deaths, and the political exploitation of relief, were illustrative of developments in recent years, added the Catholic organization founded in 1919.

“Christian communities have seen a drastic increase of organised and systematic persecution against them with the intent of uprooting them,” the AICU said, describing the social ostracism of community members along with attacks on churches and clergy in several villages across states as “avowed aspects of an attempt towards annihilating them completely.”

The anti-conversion laws enacted by several Indian states and the near total ban on foreign funding, along with the denial of rights of scheduled castes, Muslims and Christians of Dalit origin unlike Sikhs and Buddhists from the same communities, were glaring examples of discrimination, it said.

Even plaintive cries for help, restitution and relief have gone unheard

“As the nation approaches 75 Years of its independence from colonial rule, its religious and ethnic communities, its Dalits and women face a daunting challenge of safeguarding their human rights and civil liberties, enshrined in the constitution and in United Nations treaties,” the AICU said in the press note.

The systematic erosion of national institutions, including the office of governor, the bureaucracy, the police and the judicial system, especially at district and state levels, had compounded the crisis.

“The complicity of police in targeted hate and violence, and the overall sense of impunity displayed by political groups and non-state actors and the use of enforcement agencies, have combined to totally mute all voices of dissent. Even plaintive cries for help, restitution and relief have gone unheard,” it said.

The AICU working committee noted the complete absence of the voices of affected minority communities in decisions which critically impacted their rights.

It referred to the changes in several laws without consultation with representatives of all faiths, plus the radical experiments made in the sphere of education to pave the way for political elements in management of schools.

“The past seven and a half years have seen a new narrative thrust upon us: the conflation of nationalism with religious identity that automatically alienates and isolates minorities. ‘One Nation, One Culture, One People’ is being vigorously implemented,” the statement said.

The disharmony, promoted under the guise of patriotism, nationalism, religion and economic development, will have to be resisted and refuted collectively.  Christians share a common heritage, a collective history with fellow Indians and have contributed much towards social and educational development of the country.

The AICU working committee also called on religious congregations and church leaders to work closely together and to set up mechanisms to closely monitor developments that impact religious minorities.