The BJP has good relations with Israel, while the opposition Congress and communists have generally been in favor of Palestine 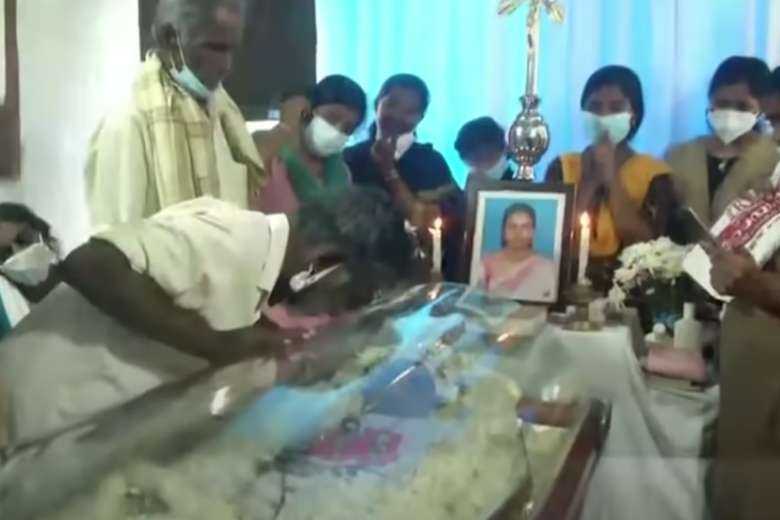 Mourners pay their respects to Soumya Santhosh at her funeral on May 16. (Photo: YouTube)

The death of an Indian Catholic caregiver in Israel following a Hamas rocket attack has divided opinion in India on the Israel-Palestine conflict.

Soumya Santhosh, 32, was buried on May 16 in her parish in Idukki Diocese in Kerala state after a funeral service attended by Jonathan Zadka, a senior diplomat from Israel’s consulate in Bengaluru.

She was killed on May 11 when the building in which she worked in Ashkelon was hit by a rocket fired by Hamas. Her mortal remains were flown to India on May 15.

As the conflict in the Gaza Strip is generally viewed as a Jewish-Muslim clash, Indian polity gets easily divided, particularly after India’s ruling pro-Hindu Bharatiya Janata Party (BJP) is seen entertaining anti-Muslim policies.

Since its inception in 1980, Prime Minister Narendra Modi's party has had a policy inclined toward Israel, while the principal opposition Congress and the Indian communists have generally been in favor of Palestine.

Modi himself has given a boost to Israel-India ties and has a special bond with Israeli counterpart Benjamin Netanyahu.

The BJP has always nurtured a policy of animosity toward Muslims, essentially due to historical reasons as most Hindus hold Muslims responsible for the partition of the country in 1947 when it came out of colonial rule. The partition led to the creation of Pakistan, now India’s bitter rival.

In fact, statements issued by both Congress and the Communist Party of India (Marxists) on Santhosh’s death have been rather guarded and almost tilted in favor of Hamas.

“Palestinian people’s right to pray at the Al-Asqa Mosque without any restriction must always be respected and not violated. The orchestrated incidents in Jerusalem were outrageous and triggered tensions and violence,” Congress leader Anand Sharma said.

Congress has been always oversensitive to Muslim feelings and thus has been tagged by the BJP and right-wing critics as a pro-Muslim party. It is also an ally of the Indian Union Muslim League, a Muslim-based party in southern India.

In a statement from its politburo, the Communist Party of India (Marxist) said that “Israel is moving toward the complete occupation of East Jerusalem by attacking Palestinians.”

K. Surendran, the BJP’s leader in Kerala, wanted to know whether Kerala's ruling party (CPI-M) and the opposition Congress are silent on the death of Soumya Santhosh because Hamas extremists are their allies.

The issue is not merely political, especially for Muslims. In communist-ruled Kerala, several Muslim organizations launched protests in favor of Hamas.

As the tension has escalated, Hamas now appears to have emerged as the only Palestinian faction willing to stand up against Israel to “defend” Islam’s third-holiest site.

Muslims believe that during the sacred night journey Prophet Muhammad was transported from the Great Mosque of Mecca to the Al-Aqsa Mosque located in the Old City of Jerusalem.

In January 2018, Israeli PM Netanyahu became the second PM from his country to visit India

In July 2017, Modi became the first Indian prime minister to visit Israel — years after bilateral ties between India and Israel were first established in 1992 under then Congress prime minister P.V. Narasimha Rao.

Prior to that, Christians from India could not go to Israel, even with diplomatic passports.

In January 2018, Israeli PM Netanyahu became the second PM from his country to visit India. During the visit, several bilateral pacts of far-reaching implications and ties were inked.

In the past, Naga Christian leaders from the northeastern tip of India lauded the Modi government’s role in acknowledging Jerusalem as a place of Christian pilgrimage.

The Communist Party of India (Marxist) had said earlier that Modi's decision to establish a "strategic partnership" with Israel practically amounted "to a virtual abandonment of the Palestinian cause.” 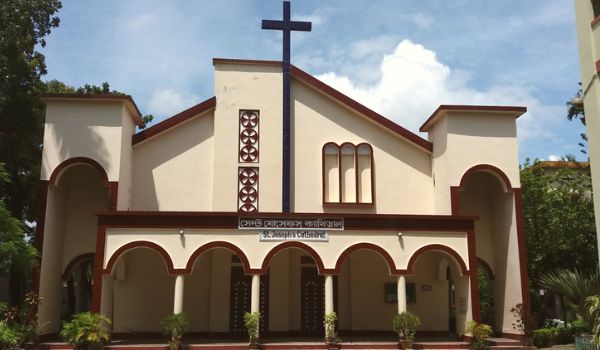