Delegates of the International Buddhist Conclave 2018 offer prayers on Aug. 25 at a holy site in Rajgir, one of several Buddist centers in India's eastern state of Bihar. (Photo by IANS)

A Buddhist monk in India has been remanded to judicial custody accused of abusing 15 minors who were training to be monks.

Bhante Sanghpriya Sujoy, who heads Prajna Jyoti (light of truth) Novice School and Meditation Centre in the holy village of Bodh Gaya in Bihar state, was arrested on Aug. 30 and remanded for 14 days for investigations.

Senior police superintendent Rajeev Mishra told media that a special investigating team will handle the complaint in view of its serious nature involving minor children and a religious leader.

The arrest followed complaints from his pupils that he sexually, physically and mentally abused them, said reports from Bodh Gaya, a revered place where Gautama Buddha is believed to have attained enlightenment while meditating under a banyan tree.

All 15 children, aged 6-14, were brought from poverty-stricken families in Assam state to train to become Buddhist monks, reports said.

"This is an international pilgrimage center where many pilgrims and others come and go … we do not know what exactly has happened," said Jesuit Father Philip Manthara, a social worker who spent nearly five decades in Bihar.

The International Buddhist Council held an emergency meeting in Bodh Gaya and condemned the "heinous crime against children in the name of religious teaching."

The monk's arrest follows a case in which police said 30 minor girls as young as 7 were drugged, raped and forced to sleep naked at a government-run shelter home in Bihar's Muzaffarpur town.

Among the 10 accused is Brajesh Thakur, who runs the state-funded NGO that manages the shelter.

The exploitation was first reported in an audit report by a state-appointed social institute and submitted to the state's social welfare department in April. 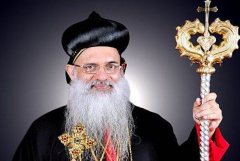 Most of the girls were either orphans or lost. Police placed them in the shelter home as Bihar has no other system to house such girls.

One girl told police that they were drugged on the pretext of administering "deworming medicine." The staff kicked and beat them and hot water and oil were thrown at them for refusing to do "dirty jobs."

"This is very unfortunate that we are not able to protect our children even in care homes where they are supposed to be safe," Bishop Cajetan Francis Osta of Muzaffarpur told ucanews.com. "We need to put in extra efforts to ensure they are safe."

Father Manthara, 86, blamed bad governance for the exploitation of children. "The socio-cultural equations in the state where caste plays a pivotal role lead to such exploitations," he said. "People lead a pathetic life in terms of poverty, education and other social issues."

"If officials were serious in monitoring shelter homes, the poor children could not have been sexually abused and tortured," he said.

Nearly 100 children are sexually abused each day, according to federal data collected from police stations.