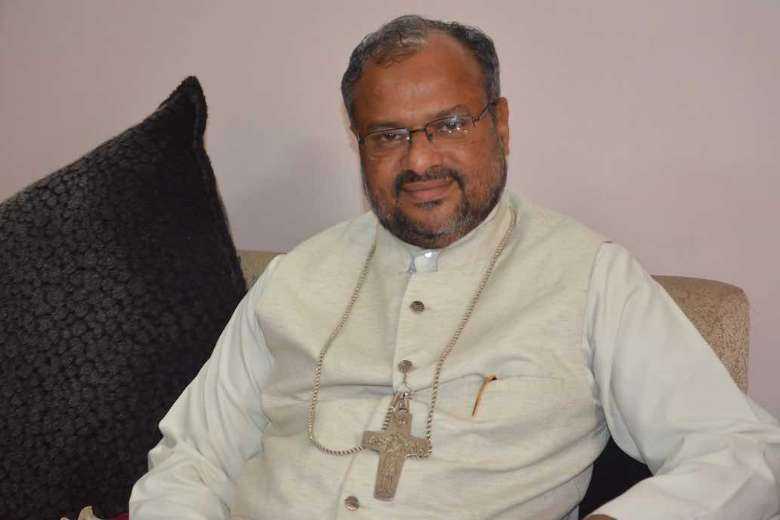 The trial of an Indian bishop accused of raping a nun has reached a crucial stage after another bishop and three nuns testified in the court.

Bishop Kurien Valiakandathil of Bhagalpur Diocese, in the eastern Indian state of Bihar, appeared before the court in Kerala’s Kottayam district on March 12, where Bishop Franco Mulakkal of Jalandhar is standing trial.

Bishop Mulakkal, based in northern Punjab state, is accused of raping a former superior-general of the Missionaries of Jesus, a diocesan congregation under him, multiple times between 2014-16.

He was charged with rape after the nun went to Kerala police in June 2018 and accused him of attacking her in her convent in the village of Kuravilangad during his frequent visits there.

Three other nuns, who were named as witnesses, also testified in court.

However, the court had restricted media from reporting on the case as the trial is being held in-camera. The details of what transpired inside the courtroom will be known only after the court verdict.

Bishop Valiakandathil helped the alleged victim and five other nuns of the same congregation file complaints to the Vatican through the apostolic nunciature in India, said Capuchin Father Dominic Pathiala, who is closely monitoring the case.

“It is true that the Vatican has done nothing for the nuns so far. Neither have other top Catholic Church leaders in India. But still, Bishop Valiakandathil's help has been a morale booster” for the alleged victim, Father Pathiala added.

The court proceedings have entered a crucial stage with these latest testimonies, said Father Pathiala.

"We believe they will bring out the truth and the nun will get justice," he told UCA News on March 19.

Bishop Valiakandathil was the eighth out of  83 witnesses named by police. Other witnesses include Cardinal George Alencherry, the head of the eastern rite Syro-Malabar Catholic Church.

Sister Lissy Vadakkel, a member of the indigenous Franciscan Clarist Congregation (FCC), recorded her witness statement on Dec. 16, 2020. Media reports said she defied pressure from her congregation and other Church leaders to retract an earlier statement given to police.

The 57-year-old nun earlier complained to police that she felt threatened by her congregation and supporters of Bishop Mulakkal and feared for her life. She now lives under police protection in a convent in Muvattupuzha in Kerala's Ernakulam district.

She reportedly told a local publication that she wanted “to live at least until” the court records her statements in support of the alleged victim.

The court has scheduled the next hearings for April 3 and 5 for the testimonies and cross-examination of other witnesses.

Bishop Mulakkal has denied the charge and told UCA News during the initial stages of the investigation that the nun accused him after he took disciplinary action against her for violating her religious vows and for financial mismanagement.

A special investigation team probed the allegations and filed a 2,000-page charge sheet against Bishop Mulakkal in April 2019.

Bishop Mulakkal continues to hold the title of Jalandhar Bishop and remains in the bishop’s house despite the Vatican appointing an administrator to run the diocese.