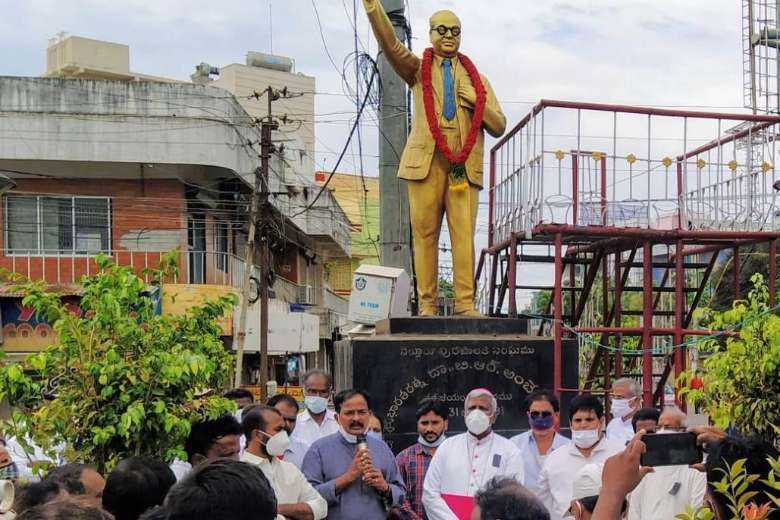 Catholic bishops in a southern Indian state have launched a campaign to mobilize political support to end discrimination against Dalit Christians in the country.

“We have already handed over memoranda to all federal ministers, parliamentarians and state legislators from Kerala state seeking their support to end discrimination against Dalit Christians,” Auxiliary Bishop Jacob Muricken of Pala told UCA News on Feb. 23.

Kerala's bishops want India's political leadership to help them improve the conditions of Dalit Christians who still bear the brunt of social discrimination and economic backwardness.

“We know our Dalit Christian brothers and sisters are discriminated on the basis of their faith despite the fact that the Indian constitution is religion-neutral,” Bishop Muricken said.

Dalits (formerly untouchables), who constitute the lowest stratum of the Hindu caste system, have converted to various other religions including Buddhism, Sikhism, Christianity and Islam. They are officially categorized as scheduled castes (SCs) and entitled to special welfare benefits.

However, Dalits among Christians and Muslims are denied SC status and are thus deprived of welfare schemes such as reservations in government jobs, educational institutions and electoral politics.

They joined Christianity as it did not have a caste system. However, more efforts will be put in place to ensure their empowerment

Dalit Christians have been fighting to end this discrimination since 1950 but have been unsuccessful so far. In 2004, they even approached the top court in the country seeking to restore their constitutional right to equality.

The sustained efforts have resulted in the pro-Hindu Bharatiya Janata Party (BJP) government in New Delhi contemplating setting up a panel to study if SC status can be made religion-neutral.

Bishops are keen to see the betterment of their Dalit brothers and sisters. “We are hopeful that the government will take a positive stand on this and therefore we are approaching all elected representatives of all political parties to end this discrimination against a particular caste people,” Bishop Muricken said.

The regional bishops’ conference in every state would approach the parliamentarians and legislators within their jurisdiction before the government takes a final call on the issue, he added.

Meanwhile, Bishop Jose Pulickal of Kanjirapally in Kerala emphasized the need to keep Dalit Christians close to the heart of the Church.

“They joined Christianity as it did not have a caste system. However, more efforts will be put in place to ensure their empowerment,” he said at a recent gathering of office bearers of the Kerala Catholic scheduled caste, scheduled tribe and other backward class commissions.

DES COUTINHO
A peculiar Indian hypocrisy. Keralite brahmins including bishops refuse to allow dalit Xtians burial in their cemeteries. They won't allow them to become Bishops. The problem is that casteism is intrinsic to Indian Xtianity and until this structural evil is rooted Indian Xtians will never be Xtian anyway.
Reply