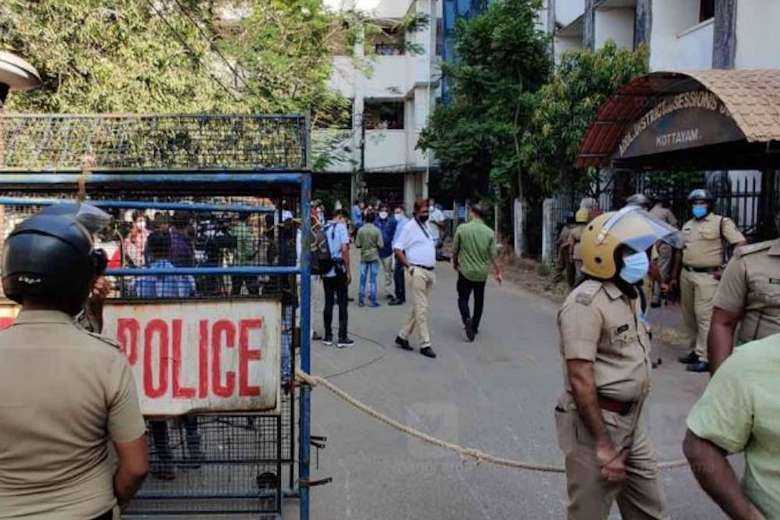 Bishop Franco Mulakkal of Jalandhar in India’s Punjab state has been exonerated of charges that he serially raped a senior nun of the Missionaries of Jesus congregation of his diocese between 2014 and 2016. But his long-expected victory in an in-camera trial in a court in his home state of Kerala has left the Catholic community and civil society deeply divided.

He is the first Indian bishop to be formally charged with rape, to be jailed pending trial and then to be found not guilty in a case that caught the imagination of the media and the public at large far beyond the Catholic community.

"Lord is supreme. Truth prevailed,” Bishop Mulakkal told reporters as he walked out a free man from the court in Kottayam district.

Indian TV journalist Barkha Dutt countered on Twitter: “I hope we see a high court reversing this instantly. The nuns have fought a lonely battle calling out the insidious silence around abuse.”

Police superintendent S. Harishankar, who led the investigation, said the verdict was unbelievable. "We are disappointed and will appeal in the Kerala High Court. There is sufficient evidence [of rape].”

The sentiment was repeated by state public prosecutor Jithesh G. Babu, who said: “We expected jail for the bishop. The outcome is really shocking.”

Sister Anupama, who led the agitation against Bishop Mulakkal, said: "We are ready to die to uphold our cause. We will fight till we get justice for the rape victim. The trial went well. We don't know what happened in the end.”

Bishop Mulakkal had, in turn, marshalled his defense well. Much of the hierarchy and the laity in Kerala, Delhi and Punjab had rallied to his cause. “Anyone can raise any false charge against a bishop,” one of his supporters said on social media in Delhi.

The hierarchy is wary of anything sullying its reputation and image in a country where a bishop’s title and vestments have great social and political weight. Even independent pastors now style themselves as “bishop” to get some respect and relief from politicians, administrators and, most important, the police in the districts.

The judge had last year barred the media from reporting the rape trial proceedings, and the judgment was delivered with a strong police contingent keeping guard at the court premises, underlining the visceral passions the case has roused since it became public in mid-2018.

Bishop Mulakkal, once the auxiliary bishop of Delhi Archdiocese, was named to head Jalandhar Diocese in 2009. With pressure mounting in the wake of the trial and the public and media support for the nun who had lodged a complaint in September 2018, he sought the pope’s permission to stay away from diocesan duties. Rome appointed a retired bishop from Bombay to administer the diocese, while Bishop Mulakkal continued as the bishop of Jalandhar.

The Missionaries of Jesus is a Jalandhar diocesan congregation of women founded by the late Bishop Symphorian Keeprath, essentially to work toward the empowerment and education of women in the northern state. Naturally, Bishop Keeprath looked to his home state of Kerala in recruiting members for his congregation.

The congregation has some houses in Kerala. One such house was prominent in the salacious narrative surrounding the rape case against the bishop, registered by police in Kottayam district in 2018.

In her police complaint in June 2018, the nun had alleged that she was subjected to sexual abuse by the bishop between 2014 and 2016. A special investigation team arrested Bishop Mulakkal and charged him with wrongful confinement, rape, unnatural sex and criminal intimidation.

The trial in the case started in November 2019 and concluded at the end of 2021. In between it took dramatic turns, with allegations that a priest of Jalandhar was trying to buy the silence of the nuns, agitations, hunger strikes and confrontations between supporters of the nuns and admirers of the bishop.

The Catholic Church, which has devised a policy on paper against sexual violence in the workplace, does not have mechanisms to really put it into practice

In July 2018, civil society mobilized in support of the nun and her colleagues in the congregation who supported her.

John Jacob, a lay Catholic leader of Ernakulam-Angamaly Archdiocese, filed a complaint against Cardinal George Alencherry. It said the already embattled head of the Syro-Malabar Church had failed to inform the police about the nun's rape charge against Bishop Mulakkal.

It is not just this case alone. The Catholic Church, which has devised a policy on paper against sexual violence in the workplace, does not have mechanisms to really put it into practice.

There have been complaints against seminarians, clergy and several bishops in different regions. These range from instances of moral turpitude and wives and children on the side to peeping into women’s bathrooms, soliciting and attempts at seduction of religious young women, single mothers and wives deserted by their husbands.

Complaints by clergy or laywomen, who are aghast at such goings on, usually fall on deaf ears. Bishops are known to have totally ignored complaints against young seminarians and clergy.

And if the complaint is against a bishop, there really is no forum to even hear the complaint, much less attempt redressal.

The synods of India’s two Oriental churches and the bishops’ conference of the Latin-rite church, and the supra-ritual Catholic Bishops’ Conference of India too, do not have the sort of helpline, counseling or quasi-canonical mechanisms to address complaints of sexual exploitation.

There are no winners as this celebrated case has caught global attention, galvanized women’s groups and sharpened the existing divisions

The nun, who had developed differences with Bishop Mulakkal and had then been sacked from her position of mother superior of the order in Jalandhar, had complained to many bishops. Her police complaint came following silence from church leaders.

Others had similarly found complaints to the papal nuncio not eliciting any response. Several women’s organizations submitted a memorandum to Archbishop Giambattista Diquattro, then nuncio to India, urging him to advise Pope Francis to dismiss the bishop.

The trial has deeply wounded the body of the Indian Church. There are no winners as this celebrated case has caught global attention, galvanized women’s groups and sharpened the existing divisions.

There is perhaps much truth in the argument that the floodgates may be opened for a rash of real and false allegations against men in authority. It is difficult for even ordinary men to recover from a rape charge. Reputations are ruined irrevocably.

But the very strong support the nun and her associates got from women’s groups within and outside the Church does indicate the concerns women have about patriarchal and custodial exploitation.

That remains the abiding issue and must be listed as a priority from India in the reports that go to Rome from the ongoing Synod on Synodality.

VARGHESE P.A
The exoneration of the bishop from the nun rape case is by projecting the law point that it was with the consent of the nun that the bishop had sexual intercourse with her and even resorted to unnatural sex with her. That does not mean that the bishop is innocent in the view of the catholic church since he has admitted in the court that he had committed adultery which is the VI commandment. The loophole through which he escaped is that it was not rape but swexual intercourse with mutual consent. How , then, can the catholic church give protection of his clerical rights to him? ( I am a catholic who want the church to administer justice to the women under the jurisdiction of Mr. Franco Mulackal)
Reply

DESMOND COUTINHO
I assume UCA couldn't find a practising Roman Catholic pundit to write a review. I do not believe any man in India fears fake rape charges. The conviciton rate is what mathematicians term neglible but non-zero. Certainly for men of John Dayal's age what was considered fair play and part of the wear and tear of life for Indian women is now considered abuse. He and his colleagues should have known better but we didn't act upon our conscience then. The unnamed problem where Catholicism is endemic is the high suicide rate among nuns and occasional murder dressed up as suicide. So far the Church has suggested counselling. Perhaps the Roman Church should accept inculturation and draw their priests and bishops from the married who have proven ability in loving and raising their own families. The problem in the West remains abuse of children. In the East it is primary abuse of women. To hide in fears of false allegations is cowardly. John is old enough to have experienced those already I know I have and my link to activism is indirect and glancing. A pox on both your houses would be my reflex.
Reply