Media in Kerala reported that prelate's influence helped Malayalam actor Dileep, who is accused of sexual abuse by actress 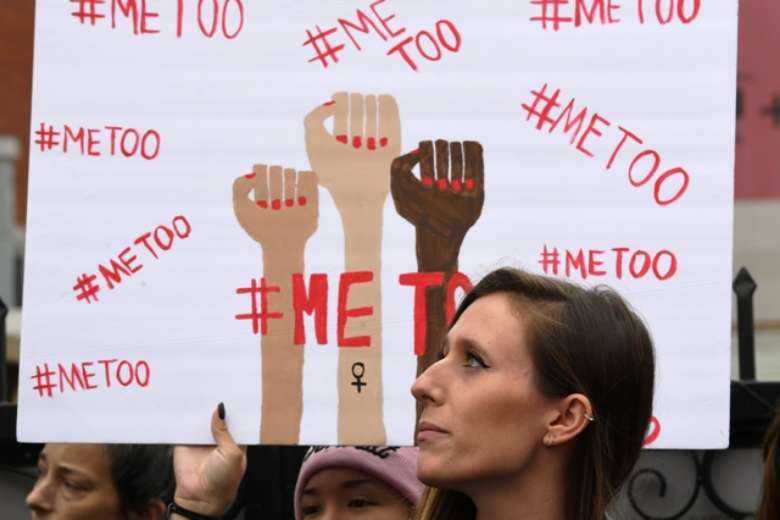 Victims of sexual harassment and their supporters protest during a #MeToo march in Hollywood, California, on Nov. 12, 2017. (Photo: AFP)

A Catholic bishop in India has denied media reports that he had a hand in securing bail for a film actor charged with sexual abuse and assault on an actress in the southern state of Kerala.

The reports quoted the affidavit Dileep had furnished in Kerala High Court during the hearing of a petition filed by the prosecution seeking cancellation of his bail. Police wanted him in judicial custody for further questioning in the three-year-old case.

Dileep, 54, claimed in his affidavit that a film director named Balachandra Kumar had told him that Kumar had used the influence of Bishop Samuel to secure the bail.

“It is totally a false and manipulated story and there is no iota of truth in it,” Father Christudas, vicar general of Neyyattinkara Diocese, told UCA News on Jan. 26.

“The prelate neither knows the actor nor the director, nor ever had any interaction with them,” he added.

Father Christudas said that since the prelate is a public figure who attends several public functions, there was a possibility he would have met them. “But Dileep is a well-known actor, hence it may not have been possible,” he added in a hurry.

“The prelate is a spiritual leader and works strictly within the parameters of his office and never involves himself in other activities attributed him,” Father Christudas said while appealing to the media “to desist from airing or publish such baseless news against the bishop.”

News about Catholic leaders, especially bishops, priests and nuns, gets huge media coverage in Kerala, where Christians make up 18.33 percent of the state’s more than 33 million people.

The alleged incident of sexual assault against Dileep dates back to 2017 and Bishop Samuel got dragged into it recently despite having no connection with the actor or anybody connected with the case.

The commission in a statement issued on Jan. 21 said the media were part of a well-organized campaign to malign the Church.