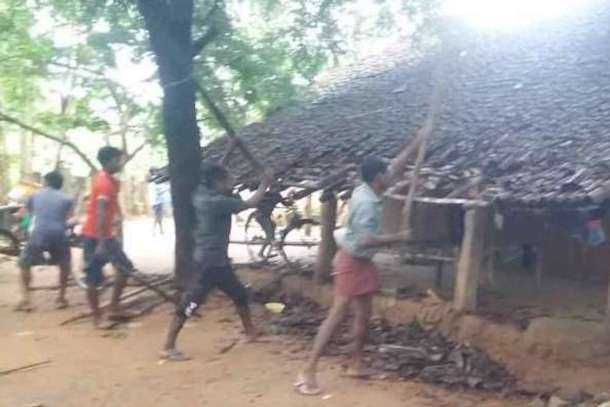 Church leaders have joined activists in demanding a probe into recent attacks on tribal Christians in the eastern Indian state of Chhattisgarh.

A fact-finding team comprising social and civil rights groups who visited affected villages have urged the state government to conduct an unbiased investigation.

“We are saddened by the incidents and are demanding an impartial investigation to safeguard the welfare of the tribal community and bring communal harmony among different religions,” Bishop Paul Toppo of Raigarh told UCA News.

“Tribals are generally peace-loving people who have a very good rapport with other faiths but some vested interest groups want to create divisions among people in the name of religion, caste and creed, which is very unfortunate.

“It is the duty of the state government to take care of its people and we urge chief minister Bhupesh Baghel and other officials to look at the matter without making any discrimination on grounds of religion or caste and to bring justice to the downtrodden.”

Meanwhile, Medha Patkar, an activist who led the fact-finding team to 13 villages, told media that the team found that tribal Christians were attacked and their property was destroyed.

The violence took place on Sept. 22-23 in Kondagaon, Sukma, Bastar and Dantewada districts.

The team members were from the National Alliance of Peoples Movement, People's Union for Civil Liberties and other organizations such as Chhattisgarh Citizens for Joint Action Committee.

Patkar said affected families were facing hardships as many were unable to go back to their villages or do cultivation because of fear for their lives.

However, she said, authorities have taken some delayed action after the violence in the villages of Kondagaon district but need to do more.

People are even being denied drinking water in some villages by anti-social elements and action must be taken against all those involved, Patkar said.

Activists urged the chief minister to request the state governor to exercise powers under the constitution that guarantee tribal people’s traditions, culture, language and self-government of villages.

A group of people opposed to indigenous people following Christianity vandalized 16 houses of tribal Christians in three villages — Kakrabeda, Singanpur and Tiliyabeda — in the state's Bastar region on Sept. 23-23.

They used wooden sticks and poles to partially destroy the thatched roofs and walls of mud houses. The attack came after Christians refused to join the rituals and prayers of the indigenous Sarna religion, a tribal religion that worship nature.

They also assaulted women and children, with many running into the forest to save their lives.

Chhattisgarh is India's most densely populated Hindu state with 98.3 percent of its 23 million people being Hindu. Muslims account for 1 percent, while Christians, mostly tribal people, account for 0.7 percent.