Police in India are probing a death threat a Catholic cardinal received this week, allegedly sent by a Maoist group in the eastern state of Jharkhand.

Cardinal Telesphore Toppo, the archbishop of Ranchi, the state capital, received a threatening letter this week purportedly from the People’s Liberation Front of India (PLFI), which is a breakaway faction of the Communist Party of India (Maoist).

The letter demanded a payment of 50 million rupees, or about US$780,000. It claimed the Church has financially prospered through evangelism.

“You have made moolah by spreading religion, which is why you should give some cut to the organization,” the letter stated.

The letter claimed that turning to the police would offer little protection.

“The police do not have the capacity to arrest our men,” the letter stated. “If you do not pay, you will be killed.”

Expressing surprise about the threat, the cardinal said Maoists have normally been appreciative of the work of Church missionaries in India’s remote interior villages. He said there have also been no communal tensions in his area.

"Why on earth they have taken this step, we are wondering," he said in an interview with ucanews.com.

The cardinal said he has recently met a person from PLFI who claimed that the organization was not behind sending the letter. The cardinal declined to identify him or her.

Either way, the cardinal said he did not feel threatened by the letter, which was waiting for him this week when he returned home from a trip to Germany.

“Even if the threat is real, we won’t pay primarily because we don't have money,” he said. “If we don't have, how will we pay?”

Local police, however, say they are taking the case seriously and are investigating the letter’s authenticity. Jaya Roy, the city’s police superintendent, told ucanews.com that the letter came via registered mail and included a phone number.

“We are trying to ascertain whose number it is,” she said.

In the meantime, police have beefed up the cardinal’s security detail.

“We have given him a personal security guard, and five armed police personnel are deployed at the cardinal’s house,” Roy said.

A veteran social activist who has spent three decades working in local villages said the PLFI remains “strong in some pockets in the region” and has been responsible for several recent attacks and murders.

He said the threatening letter should not be seen as a Maoist attack on the Church, but more of a financial move from a group that routinely extorts money from businessmen, corporations and politicians.

"First, they are not real Maoists. Second, they don't see the Church. They are trying to take money from a source they think has money," said the social activist, who asked not to be identified to avoid being targeted by the PLFI or local police.

The PLFI, he said, is a breakaway faction of the Communist Party of India, but the activist said many people in the area know them as a group allegedly nurtured by police to counter perceived threats from real Maoists. But the PLFI in its current form has grown beyond police control, and now authorities are struggling to control them, the activist said. 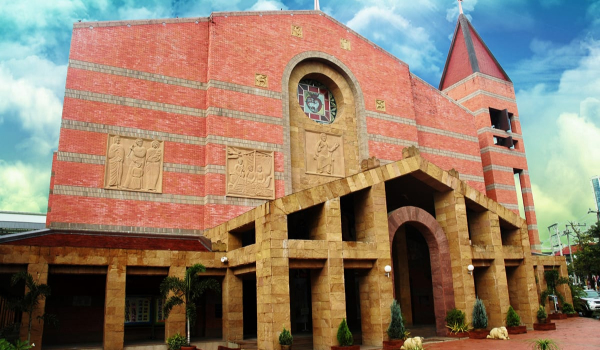